“In September 1909 when I saddled my horse and started out as a special agent in Farmers’ Cooperative Demonstration work get­ting farmers to plant, fertilize, and cultivate an acre of corn and an acre of cotton according to instructions sent out by the Department of Agriculture and report the cost of same, I never dreamed that I was helping to lay the foundation on which Extension work is built. Nor did I dream that I would spend the next thirty years in the work.” Those were words spoken by Alfred Gaines Harrell at an awards banquet at which he was presented a National certificate of merit — one of only 12 in the U.S.

A.G. Harrell’s commitment to Extension philosophy came after he heard Dr. Seaman K. Knapp speak of the great opportunity of increasing the production and income of farmers and the need for leadership. From then on, his new vision was to have a small part in raising the standard of living in Choctaw County.

Mr. Harrell loved the boys and girls more than his own farm and livestock. So he turned his farm over to tenants and devoted the rest of his life to Extension work. Whenever he would get discouraged and wonder if he was accomplishing anything, he would go to Auburn and talk with other agents, the district agent, and the director. It was there that he got recharged with enthusiasm to continue the effort.

For 37 years, A. G. Harrell was county agent for the people of Choctaw County. Some old-timers would remember how he rode horseback to reach farmers with recommendations for a better seed, more crop rotation, more livestock, additional cash crops. He spent many hours organizing Boys Corn Clubs and Girls Tomato Clubs, forerunners to 4-H. As the boll weevil took hold, A.G. Har­rell organized efforts to battle against this devastating menace.

Three generations of Choctaw farmers benefited from this man’s devoted service. In recognition of his many years of superlative efforts, the name A. G. Harrell is inscribed on the dedicatory plaque of the Extension Memorial Chapel. 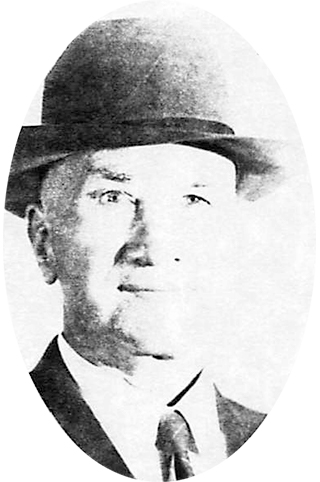