Albert Sidney “Sut” Mathews, Jr., was a people person. He was a unique individual who could get the people together for the purpose of imparting newer knowledge and motivate them to take that knowledge and use it to better their lives. Sut could talk to anyone. He understood the problems of his clients and was conscientious in doing a good job in helping them. For his conscientious efforts, the people in his county loved him. He was also well-loved and respected by his Extension colleagues and was a true asset to Alabama Extension.

A native of Washington County, Sut was born March 5, 1914, in Carson, Alabama. He grew up on a small cotton farm and came of age during the Great Depression. He honed his work ethic as a teenager on a crew for the Civilian Conservation Corps, planting pine trees across south Alabama. He graduated from Leroy High School in 1933 and, with the help of his older brother Jim, worked his way to earning a B.S degree from Auburn University in 1939.

Once Sut graduated from college, he began his professional career teaching vocational agriculture in Athens, Alabama, from 1939-1941. On June 1, 1941, he was hired as an Assistant County Agent in Etowah County. He transferred to Calhoun County and was promoted to County Agent on December 8, 1942. He served in that position (with a couple of title changes through the years to County Extension Chairman and County Agent-Coordinator) until his retirement on December 31, 1978. He retired with 37 years and 7 months of service with the Alabama Cooperative Extension Service, all but a year and a half as the Coordinator.

Sut Mathews earned farmers’ friendship with a smile that could melt the frostiest personality and had a knowledge of farm production and diversification that bordered on encyclopedic. While most men his age headed off to battlefields in Europe or the Pacific, Mathews had another assignment. Rather than registering for the military, he was convinced he needed to stay and help the farmers with the wartime effort.

Helping during the wartime efforts was not his only accomplishment. Mathews also helped communities get electricity and telephone service and assisted farmers in changing from one-horse cotton operations to highly diversified and efficient operations.

Sut Mathews lived until he was 91 years of age and left this life on October 3, 2005. His was a long and honorable life and represented all that was good with our society.

To honor his service to the people of Alabama, the name of Albert S. “Sut” Mathews, Jr. is inscribed on the dedicatory plaque of the Extension Memorial Chapel. 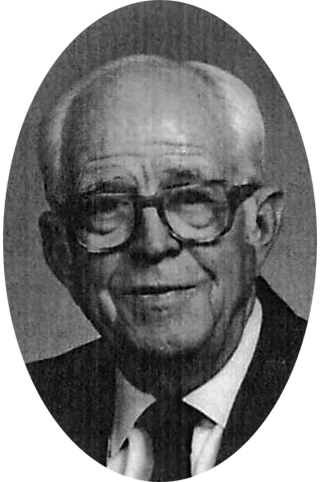