A. V. Culpepper retired from Extension service after forty-five years of efforts devoted to enlightening his fellow man. Called “Shorty” by those who knew him, this beloved and respected man was renowned for his wit and wisdom. He put both to good use in his role as a county agent.

Shorty Culpepper was born in Sumter County. He attended a one-room schoolhouse in Kewanee, Mississippi, just across the state line, and finished high school in Ward, Alabama. He received his B.S. degree in 1928 from Auburn. On a visit to Auburn, the famous late Will Rogers had Shorty as his chauffeur, driving the two-horse wagon. Meeting this humorist inspired Shorty in his accu­mulation of jokes and anecdotes about the “common man.”

Beginning his Extension work in Lowndes County, Mr. Culpepper soon moved to Monroe County and remained in that office from 1928 until his retirement in 1973. His forty-five years in the same county is a record in the state of Alabama.

Through the years, scores of farmers and people from all walks of life grew to love Mr. Culpepper. He treated his coworkers with respect and equality. Shorty was a generous and unselfish man. Having been a laborer and tenant farmer, this devoted agent truly understood the situation of farmers in Alabama. His genuine love for the ordinary person was exemplified in the two books he authored, Taxes and Termites and Poor Kinfolks and Rich Relatives. For many years he also wrote a newspaper column for The Monroe Journal and several other South Alabama papers. Rosser’s Ridge, his birthplace in Sumter County, served as the setting for many of the stories.

In addition to his Extension work, Mr. Culpepper was active in community and church projects. He served the Monroeville Presbyterian Church as an elder.

His homespun humor and love for agriculture and the people he served made him an institution in Monroe County. In tribute to the 45 years of his sharing his knowledge and expertise, the name A. V. Culpepper is inscribed on the dedicatory plaque of the Extension Memorial Chapel. 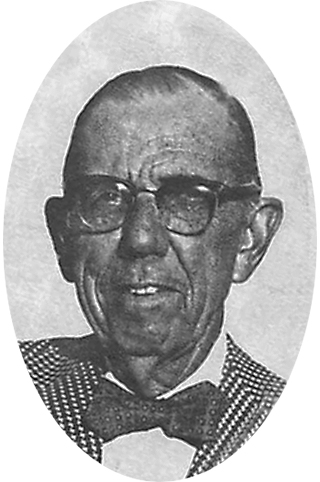