T. R. Agnew was a respected family man, church member, Extension agent, civil defense expert, youth, and community leader. He served the state of Alabama well during his 84 years, proving that a desire to learn all you can and then to teach oth­ers what you know is the ticket to success. Mr. Agnew was a success at all he did.

Thomas Ruffin Agnew, Sr., one of nine children born to the late Henry P. and Lula P. Agnew, was born in Hale County, Greensboro, Alabama. “Aggie” received his elementary and high school training at Hale County Training School and received the B.S. and M.S. degrees in agricultural education from Tuskegee Institute. He did further study at the University of Maryland, Michigan State University, and Howard University.

Agnew began his career with the Alabama Cooperative Extension Service on December 1, 1935, serving his first eight years as county agent in Choctaw County. He next was Emergency County War Food Production Assistant in Lawrence county in 1944-45 and then went to Colbert county as county agent until his appointment on November 1, 1945, as State 4-H Club Leader, Tuskegee Institute. He was on the state Extension staff for 25 years, serving as 4-H Club Leader and later as State 4-H Club Specialist at Auburn University.

T. R. Agnew was an energetic person whom others found likable and easy to get along with. “Mr. Agnew took his work seriously, loved working with people – especially the youth, and he would go the last mile for the youth program,” says W.L. Strain, who himself was greatly influenced by Mr. Agnew.

For his community, he served as Director/Coordinator of Civil Defense for Macon County, and, after retirement, he was employed at Tuskegee Institute to train young low-income men in for­estry, planning, and development programs.

Agnew was a devoted member of Washington Chapel AME Church. His dedication to the church was shown in the many positions he held and the many hours he spent in service to the church.

To honor his years of service to his state and community, the name of Thomas R. Agnew, Sr., is inscribed on the dedicatory plaque. 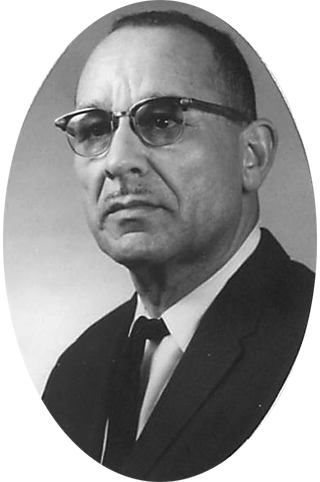