Alex C. Brown grew up in the town of Milledgeville, Georgia, where he was raised by his grandfather and step-grandmother. He learned carpentry from his grandfather, Eli Barns, as well as farming and caring for farm animals. He graduated from Eddie High School. On a Friday in August 1942, he was surprised to receive a letter of acceptance to attend Tuskegee University with the expectation that he would arrive on campus by four o’clock the following Monday. By God’s arrangement, he did. During his college years, he was a member of the football, track, and boxing teams, receiving four letters in both track and football. He received a Bachelor of Science in Animal Science.

Alex C. Brown, known by his surname, “Brown,” was a teacher. He taught vocational agriculture to veterans in Dallas County and then taught in the county school system. He completed graduate studies at Indiana University with an M.S. in Audio-Visual Education. As an Extension Agent in Dallas County, Brown’s teaching and training inspired both youth and farmers to create successful lives. One 4-H youth started with a corn project and later graduated from Alabama A&M University. This young man received a Doctorate at Iowa State University and has had a highly successful career as a com breeder. Another 4-H student stated on his resume that he was a winner in the 4-H tractor-driving contest. This fact aided his employment with one of the larger trucking companies.

Mr. Brown was promoted to the state Extension staff as a 4-H Visuals Specialist. His work was instrumental in the success of a pilot program in 4-H leadership development. He prepared posters and teaching materials needed by leaders to conduct programs, first in eight pilot counties and then in the other 59 Alabama counties, making immeasurable improvements in the total 4-H program. Later as Information Specialist – Visuals, Mr. Brown worked with county and state staff developing visuals and related materials to support the training programs. The Alabama Cooperative Extension Service Employees Organization, Inc., of which he was a charter member, recognized him with an award for outstanding 4-H club work and public service.

In retirement, he planted gardens of greens, sweet potatoes, watermelons, and sugar cane. He built his home and the kitchen cabinets. In his years of retirement, he kept a few cows and always liked a bowl of homemade ice cream. He was an active participant in the George Washington Carver Sweet Potato Festival in Tuskegee.

Alex C. Brown was a gifted man and craftsman using visuals to increase the knowledge of Alabama youth and families. Epsilon Sigma Phi proudly places his name on the dedicatory plaque of the Extension Memorial Chapel. 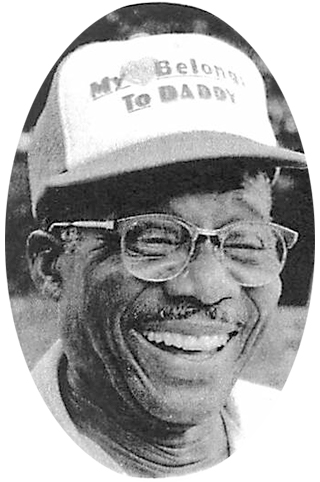