James Thomas Alexander was an advocate of and a strong believer in education, self-help, self-esteem, and traditional val­ues as a means of overcoming adversities, responding to chal­lenges, and unlocking and opening doors to opportunities in life. Nothing in his life evidenced this any better than the long and arduous road he traveled in order to complete his education. A hard life and World War I pre­sented many limitations, but his determination and perseverance kept him “knocking on doors” until he could finish high school at the age of 31.

He was a first lieutenant during World War I in the U. S. Army throughout its duration. He returned home in 1919 to an emotional welcome home as a hero and war veteran. He then contin­ued his high school education at the North Alabama Baptist Academy in Lawrence County, Ala­bama. Immediately after high school graduation, he applied to Hampton Institute, Virginia, and was admitted as a freshman work student in the fall of 1922. Admirably, he was in the R.O.T.C. and an All-American football player for each year.

After graduation in 1926, he was appointed Negro Farm Agent in Montgomery County and held this position until his retirement on June 30, 1957. His tenure was referred to as “The Alexander Era” and that “among farm agents, he was the most memorable as the servant for the people.” While serving as Negro Farm Agent, he founded the Montgomery County Farmers Service and Welfare Association and helped Negro farmers to strive for better conditions on the farm and in the marketplace.

After his retirement, he remained active in civic and church work. He was a member of Dexter Avenue King Memorial Baptist Church and served as an officer of many church-related organiza­tions.
The record of James Thomas Alexander will live through the years and his legacy of attributes and achievements make it fitting that his name be inscribed on the dedicatory plaque of the Exten­sion Memorial Chapel. 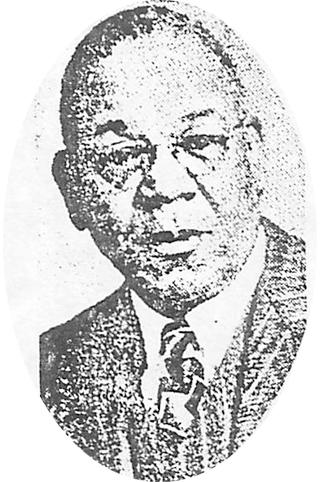