Mr. Allen J. Brown was born on a farm in Cleburne County, AL, and raised with his nine brothers and sisters. He said he was either cursed or blessed with a “love of the land.”

After completing a stint as a Navy pilot trainee during WWII, he intended to return to farming as soon as he got home. His eldest sister, Nellie, insisted he and three of his brothers go to college and already had them enrolled at Alabama Polytechnic Institute in Auburn. After graduation with a B.S. in Agricultural Science in 1947, he became the Assistant County Agent in Bullock County (Union Springs.)

In 1961, after earning an M.S. in Agricultural Economics from Auburn in 1960 he served on the faculty as a specialist in various disciplines with the Alabama Cooperative Extension System (ACES). Brown retired after thirty years of service in 1977. Beginning during this time, he and his brother, Grady, were partners in farming in Macon County. He farmed for almost twenty years after retirement.

Brown was a hunter and fisherman, but most of all he loved his gardens of vegetables and roses. He often said his gardening and yard work was his therapy. Many people over the years benefitted from his green thumb and his valuable advice when it came to making things grow and flourish – not only in God’s creation but in their lives.

Even in his senior years, he stayed active in Christian service in his church, Parkway Baptist, and in the community as a member of various groups and social circles. Allen Brown was a man who lived Psalm 37:23 “the steps of a good man are ordered by the Lord.” He was truly interested in people and was full of good advice and encouragement for everyone. His wit was incomparable; he always had a rejoinder or saying for any situation.

He was preceded in death by his parents, Miles and Sarah Brown, and his first wife, Mary Shockley Brown. He is survived by his daughter, Camilla Brown Reid (David), grandson, David Reid (Megan), granddaughter, Mary Deanna Blackwell (John), and four great-grandchildren. He is also survived by his second wife, Nancy Wagner Brown. Special to him were his many attentive nieces and nephews and Nancy’s family who adopted him as one of their own.

The Alpha Pi Chapter of Epsilon Sigma Phi remembers and honors Mr. Allen J. Brown by placing his name on the dedicatory plaque of the Memorial Chapel 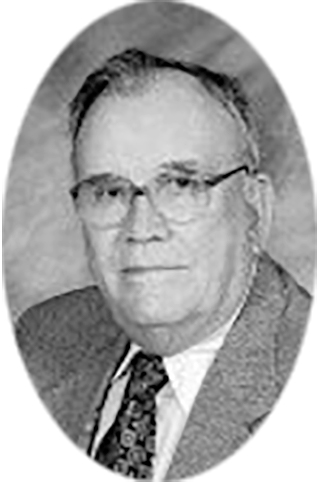