How far do you have to go back to get a hint of what made Allen Mathews click?

Try first grade. From the first grade through high school at his beloved hometown of Leroy, Alabama, Allen never missed a day of school, not one. Few people have done that, but Allen did.

Few people can claim the most coveted honor for a high school senior, valedictorian. But Allen can. Or serving as president of the student council or president of his class five times.

Another telling fact hidden in Allen’s background reveals a competitive young man with determination, a trait that foretold the successful 39-year career in Extension that began as an assistant county agent and ended when he retired as Houston County Extension chairman in 1985.

What he did was to train himself to become a dominating fastball pitcher in the Auburn University intramural sports softball league. “He could really sling that ball,” said Allen Brown, retired Extension specialist who knew to expect bruised hands when he took his turn behind the plate.

Allen was one of four Mathews brothers with long careers in county Extension offices. His brother Jimmy was in Lowndes, A. S. (Sut) was in Calhoun, and Jake was in Talladega. After successful stops in Conecuh and Pickens as an assistant county agent, the administration at Auburn tapped him to lead Extension programs in Houston, the hub of thriving peanut-dominated agriculture in the Wiregrass.

He earned three battle stars in World II as a soldier in the 102nd Infantry Division, 380th Field Artillery Battalion. After an honorable discharge, he entered Auburn and earned Bachelor’s and Master’s degrees in agriculture.

Allen was the youngest of seven children. They grew up in the Great Depression, learned to face life head-on, and five of the seven earned college degrees.

If his move to Dothan in December 1961 carried him to his dream job, a pretty lady named Jeanette Carleton was his dream sweetheart. They were married in 1947, a partnership that ended 63 years later at the time of his death. They had two sons, Larry, married to Carol, of Birmingham, and Ronnie of Live Oak, Florida. After retirement, Allen devoted his life to the First Baptist Church, his family, Auburn sports, and the Dothan Kiwanis Club.

Whether working for Extension or just living his life, Allen Mathews dedicated himself to others, and we are honored to place his name on the dedicatory plaque of the Extension Memorial Chapel. 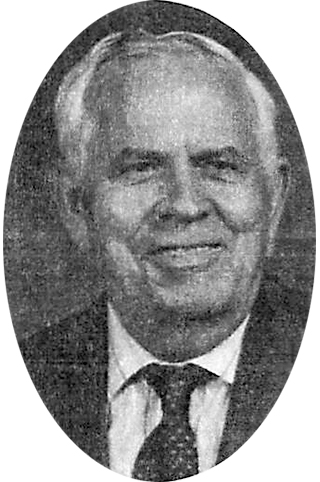