Alma Holladay was born on November 19, 1915, in Chambers County, Alabama, to the farm family of Mr. and Mrs. Roy Holladay of West Point.

She received a B.S. degree in Math and Science in 1938 from Auburn University and was certified in Home Economics Education in 1941. She was in Kappa Delta Pi and Phi Kappa Phi honor societies. She received the Cardinal Key, a collegiate honor recognizing achievement in scholarship and extracurricular activities.

Holladay taught school at Hokes Bluff, near Gadsden, before applying for the position of Assistant Home Demonstration Agent. In preparation for the work, she was trained by Dean Marion Spidle and Dana Gatchell. Both of these professors were known for the education given to students in their department preparing for Extension work.

She began her Extension work in 1941 and served in Covington, Sumter, and Russell counties. Most of her Extension career was spent in Russell County. She retired on August 31, 1971.

She was known for her interest in people and her spirit of loyalty. She taught homemakers how to preserve food for the winter months, to keep chickens for eggs and meat, and to plant flowers and shrubs to make their homes more attractive.

Holladay served as president of the Alabama Association of Extension Home Economists. In 1962, the constitution of this organization was revised and a handbook prepared under the leadership of Holladay and other extension home economists.

After her retirement in 1971, she moved to Valley, Alabama. She enjoyed genealogy and traveling the world. She was a well-known historian and a long-time supporter of Auburn University. The George Petrie Society of the AU Office of Development emphasizes the vital importance of planned gifts that secure the future of the University. She is recognized in the Petrie Society Preferred Listing. Holladay is recognized with the Pillar of Dedication which shows her longtime love and support of her Alma Mater. Locally, she was a past president of the Chattahoochee Valley Historical Society.

Alma Holladay passed away on January 26, 2009. As a lasting tribute for her pioneering and enterprising efforts, the name of Alma Holladay is inscribed on the dedicatory plaque of the Extension Memorial Chapel. 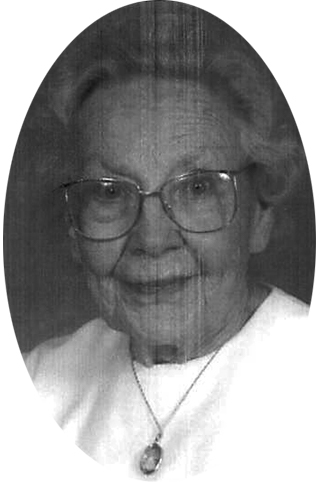