Lawrence Comer Alsobrook was born in Brantley, Alabama, on September 2, 1914. He had two brothers and three sisters. He attended college at Auburn University, where he received his B.S. in 1937. He began his professional career as a Vocational Agriculture teacher in Covington County from 1937 to 1939 and a farm manager for Jackson Lumber Company in Lockhart, Alabama, from 1939 to 1941.

During World War II, the United States did not allow more than two sons from any family to serve overseas and that was the case in the Alsobrook family in 1942. Therefore, on March 9, 1942, Lawrence Alsobrook began a long and distinguished Extension career. He began as Assistant County Agent in Marengo County for seven years and then transferred to Dallas County on January 17, 1949. He was County Agent Coordinator for Dallas County from July 1, 1965, until his retirement on February 28, 1978, with 36 years of service to the people of Alabama.

There are many positive memories of Mr. Alsobrook from former colleagues and coworkers. Norma McCrory, who worked alongside him for 17 years, remembers him as an excellent supervisor: “He would say to the new agents that he was not going to dictate to them how to do their jobs, but that he would always be available to help when asked.” James Hines, a co-worker for 11 years, remembers how much the community respected him: “He was always willing to take any role where he was needed, whether it be leader or helper.” Warren McCord, then a new specialist who visited the county, recalls how Mr. Alsobrook was dressed in a coat and tie every time he saw him: “I remember Mr. Alsobrook as one of the Sages of Extension, hardly anything relating to agriculture or rural development happened in Dallas County that Mr. Alsobrook wasn’t consulted with or involved in.”

During his Extension career, he served as President, Vice President, and Secretary/Treasurer of the County Agents’ Association and received its Distinguished Service Award in 1959. Mr. Alsobrook was a member in the Selma Rotary Club and a faithful member of the First Baptist Church of Selma, where he taught Sunday School and was a deacon emeritus.

Mr. Alsobrook was a family man. He and Jeanette, his wife of 63 years, had two sons, Larry and Billy. His love for his wife and sons was second only to his love for God. Each and every memory of their lives with their dad shows a man dearly devoted to his wife and sons and their wives and children. “My dad,” says Billy, “was the kind of father to always be proud of. We saw him live out his Christian faith twenty­-four hours a day, seven days a week. The family was everything to him.”

Mr. Lawrence Comer Alsobrook died on November 23, 2001, at the age of 87. It is a fitting tribute to honor this gentleman who devoted his life to others by inscribing his name on the dedicatory plaque of the Extension Memorial Chapel. 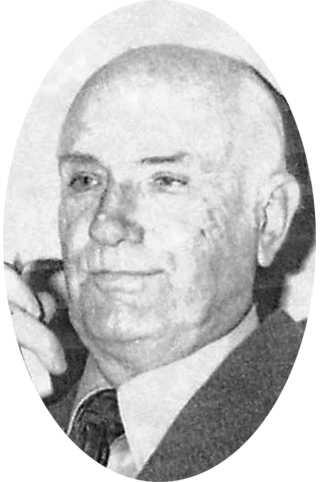