He was born in Alabama and died in Africa. His was a short life, but one filled to the brim. Andrew Curlee knew life to be exciting and death to be just a heartbeat away.

From early on, Andrew had wanted to attend Auburn University. And so he did — from 1934 through 1937. During the summers of 1935 and 1936, he assisted with 4-H camps in Elmore County, where he got a real feel for Extension work. So strong was the pull that he left Auburn his senior year to be assistant county agent in Pike County. A year later, he completed his B. S. degree and was transferred to Lee County as an assistant agent.

Called by his country, he entered military service on November 5, 1941. A year and a half later his brilliant young life was over. Andrew Curlee was a sacrifice paid for the freedom all Ameri­cans enjoy today. Memorialized as a successful Extension worker, a brave, intelligent, and coura­geous aviator, Andrew Curlee was laid to rest with honors.

The memory of this young man and his contributions to the lives of many Alabamians is honored by inscribing the name Andrew D. Curlee on the dedicatory plaque of the Extension Memorial Chapel. 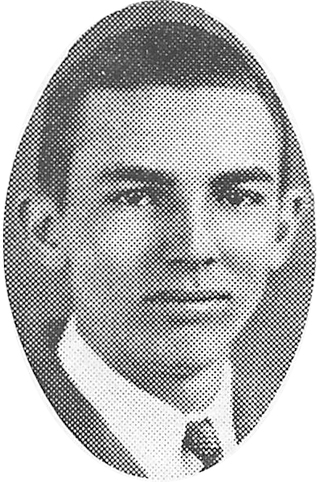