Andrew DeKalb Jackson was born in Lineville, Alabama, on January 29, 1913. After completing his public school education, he traveled to Auburn, where he earned his B.S. degree in 1937. Like so many other Auburn graduates, he was a tremendous War Eagle fan for life.

From 1937 until 1950, he served the people of Alabama through the Cooperative Extension Ser­vice in Coosa County, and his first assignment was as an assistant county agent. He worked dili­gently there for five years, mainly coordinating the 4-H club program for the youth in the county. In 1942, he left to serve his nation in the military during World War II. After the war, he returned to Coosa County in the position of county agent.

While serving as a county agent, Mr. Jackson influenced many farmers to adopt Extension pro­grams that would improve their standard of living — increased crop yields, healthier livestock, etc. His most outstanding efforts were in promoting the cultivation of trees for use by the various tim­ber related industries. Known by coworkers and clientele as a charming person, he related well with everyone.

When Alabama became a member of the Agricultural Association of County Agents, seventeen agents from all over the state went to meet in Chicago. A.D. Jackson was one of those in atten­dance. He commented that “the meeting was extremely beneficial. I can certainly share all I have learned with my farmers back home.”

In 1950, when he resigned his position, he moved to Talladega, Alabama, and, with a brother-in­-law, opened the business Jackson-Sexton Tractor Company (a Ford tractor dealership). In this manner, A.D. was able to maintain his ties with the farmers of the region.

Mr. Jackson was a deacon in the Talladega First Baptist Church and an active civic leader for the area, especially with the Little League Baseball program — contributing greatly to the new Little League Baseball Park. He was also very active in the local Lion’s Club. He was survived by his wife, Cora Lee Jackson; a daughter, Jacqueline Jackson Norman; and a son, William H. Jackson.

In recognition of his accomplishments and contributions, the name Andrew D. Jackson is inscribed on the dedicatory plaque of the Extension Memorial Chapel. 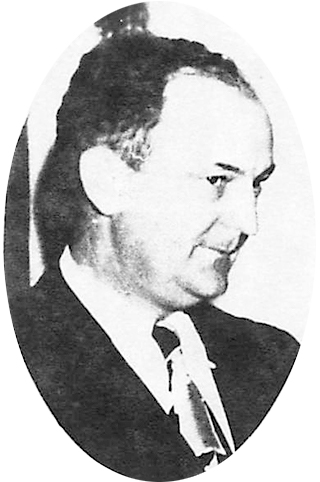