Andy was one who loved the soil and liked to help farmers derive benefit from their farming. No other county agent spent so much time out where the action was. He walked over the fields with them, advised them, and helped them make a Jot of strides in fanning during his tenure. He took time with the lowliest of farmers, just the same as with the wealthiest, most affluent It is people like him that made the community a better place to live. I have many happy memories of him and am grateful for his friendship over these 52 years.”

The above quote came from a letter written by a relative of Mr. Barnett at his death. It is indicative of the loving spirit Andy Barnett spread during his long life.

Andrew Hill Barnett, Sr., was born May 26, 1894, in Bullock County near Fitzpatrick, Alabama. After graduating from Starke Military Academy in Montgomery, he earned his B.S. degree in agriculture from Auburn University in 1914. Between stints of managing the family farming business, Mr. Barnett joined the Extension Service.

For short periods of time, Andy worked as county agent in Bullock and Blount counties. His final destination for Extension was Lauderdale County, where he remained until he retired in 1957. When he left Extension Service, Mr. Barnett was employed by the Alabama State Department of Agriculture and Industries with the dairy inspection program. In total, Andy Barnett served agricultural interests of Alabama for over 60 years.

Throughout those years, Mr. Barnett made outstanding and substantial contributions to the advancement and promotion of better methods and techniques among farming people. Always a farmer at heart and in practice himself, he frequently used personal demonstrations and experiences to recommend and advise farmers. Never did he observe routine office hours nor maintain regular workdays. He was available any time and any place.

In his earlier years, when veterinary services were quite limited in rural areas – sometimes not available at all – Mr. Barnett became widely recognized for the knowledge and skills he had acquired in this specialized field. Consequently, he was called upon day and night to attend farm animals.

He had a vital hand in the development, promotion, and marketing of livestock and related programs in the areas he served. Because of his wealth of knowledge and experience, Andy Barnett was sought out for advice concerning many aspects of the local economy. He contributed not only to the field of agriculture but also to the general welfare of the community and its citizens. An advocate of education, he never missed an opportunity to influence young people toward the pursuit of higher education. Many among the well educated today can point to “Mr. Andy” as the source of encouragement for their college training and possibly for help with their financial arrangements and needs. He claimed that his greatest satisfaction in life was that all seven of his children graduated from college.

In tribute to the man and his life’s work, the name Andrew Hill Barnett is inscribed on the dedicatory plaque of the Extension Memorial Chapel. 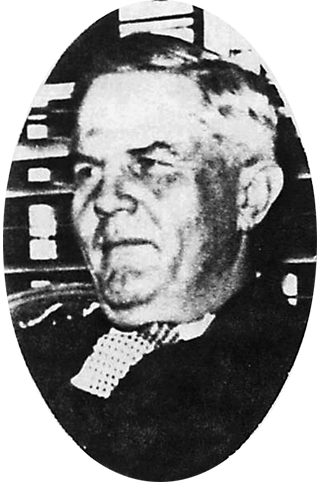