Anna Breeden Stickney was a Dallas County native, being born on a cotton plantation in Selma, Alabama. She was the youngest of four daughters. Anna moved to Auburn with her mother and sisters when she was a young teenager, and it was in Auburn where she spent most of her adult life.

Anna was a gifted artist and loved to draw as a child. Her grandfather, John J. Wilmore, who was the first dean of the School of Engineering at Auburn University, encouraged his granddaughter to go into the relatively new field of aeronautical engineering. When she graduated from Auburn University in 1946, she was one of the first women in the U.S. to have received a degree in aero­nautical engineering.

The next forty years saw Anna Stickney working in several capacities. For about ten years, she was employed as a draftsman for Auburn University, for the City of Auburn, and for the Alabama Cooperative Extension Service. During the 1960s, after finding that employment opportunities in the field of aeronautical engineering were few, she redefined her desire to help people and worked for the Department of Human Resources in both Florida and Alabama. She also taught in the public school system in Macon and Lee Counties.

Mrs. Stickney worked from 1968 until her retirement on September 30, 1986, for the Alabama Cooperative Extension Service in the Agricultural Engineering Department and the Information Services Department.

After her retirement, Mrs. Stickney did volunteer work with the Achievement Center and the Department of Human Resources, Lee County. She loved taking the elderly and the handicapped people for doctor’s appointments and often used her own money to help feed struggling local fam­ilies.

She loved her family very much and was a wonderful daughter, sister, mother, and grandmother. She passed away on October 12, 1993, and was survived by her daughter, Whitaker Bryant; three grandchildren, Trey, Anna, and Bo Bryant; and two sisters, Estelle, and Etta. In recognition of the life of Anna Breeden Stickney, her name is inscribed on the dedicatory plaque of the Exten­sion Memorial Chapel. 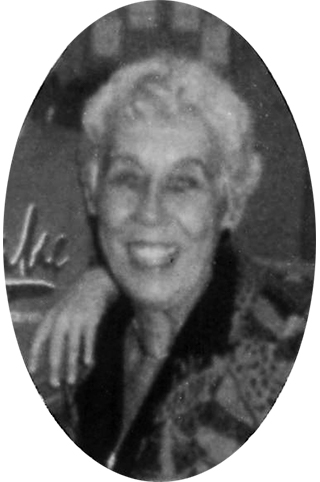