Ann T. Larkin was an excellent secretary who consistently went beyond the call of duty to assist agents and county clientele on a daily basis. At her retirement luncheon in December 1997, Ann Larkin received accolades from her current and former coworkers. She was presented with a gold watch, an engraved plaque, and a cash donation for her thirty years of service to the Choctaw County Extension office, compliments of those with whom she had worked.

As a graduate of Williamson High School and Bay Business College, both in Mobile, Ms. Larkin moved to Choctaw County in 1967, where she began her career with Extension, under the supervision of Mr. Matthew Sexton. Through the years, she worked with succeeding coordinators J. T. Banks, Grace Prince, Rip Deavours, and Elaine Shields. Ann was the secretary for the county Extension office, which meant she did everything — and more.

Ann was instrumental in organizing a local chapter of Professional Secretaries International and served as charter president. She was also a member of the Extension Support Personnel Association, serving on the board in various capacities throughout the years. In 1997, she hosted the state meeting in Choctaw County.

Because of her consistently excellent work, her attributes, and her accomplishments, Ann was a recipient of the Secretary’s Merit Award from Epsilon Sigma Phi.

Due to renal failure, a condition that caused her death in 2009, Ann was on hemodialysis, which required a lot of her time. However, in her retirement, she was still able to work at John the Baptist Church, where she was a Sunday school teacher, missionary president, and Oilfield District Women’s Convention Vice president. Ann’s hobbies were working with computers, bowling, and listening to gospel music.

Ann was the mother of three children: Gwendolyn Payton, Tywanda Tanks, and John Tanks. We honor Ann T. Larkin and her hard work as the Extension Secretary for the Choctaw County Extension office by inscribing her name on the dedicatory plaque of the Extension Memorial Chapel. 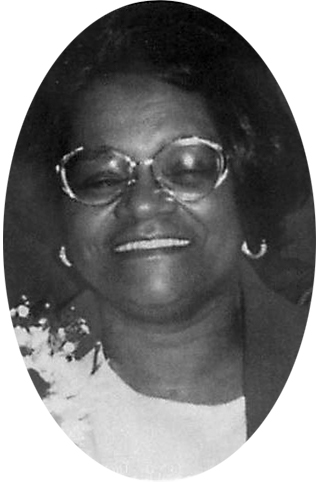