Ann Thompson was an active 4-H’er in Tallapoosa County, where she took pride in showing dairy animals in county, district, and state shows. Her career came full circle, beginning and ending with Alabama 4-H, and she has been dedicated to improving families and 4-H through Extension education.

Her first Extension position was an assistant county agent in Coffee and Houston counties after graduating from Auburn in 1954. In 1956, she received a National 4-H Fellowship, and a year later, she joined the Florida Extension State 4-H staff. After earning her master’s degree from the University of Maryland and a doctorate in education from Oklahoma State University, she moved up the Extension career ladder holding a number of positions in Florida and Virginia. She was the assistant director of the Virginia Cooperative Extension Service when she was nominated for the director’s position in Alabama.

In addition to serving as the only woman director, Thompson served as vice-president of Extension and associate provost for Auburn University. She retired in 1994 after serving 10 years as director. She speaks proudly of Alabama 4-H: “4-H has been a part of my life. I love it and it is the greatest organization for youth development.” 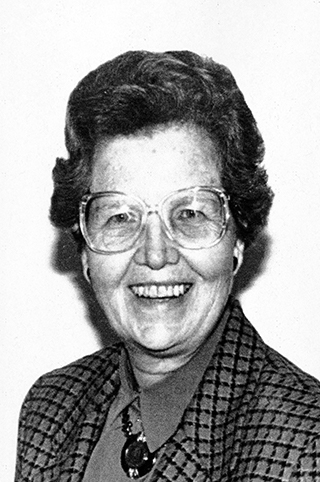