Anna Belle Cammack was born in Mobile, Alabama, on November 8, 1916. After finishing high school, she enrolled in Alabama College (now the University of Montevallo). During her college years, she taught fourth, fifth, and sixth grades at Chilton School in Clarke County, Alabama. In 1938, Miss Cammack entered Auburn University, where she stayed three years, completing her B.S. degree in 1941.

The idea of helping people through Cooperative Extension appealed to Anna. She applied for the position of Assistant Home Demonstration Agent and was placed in Covington County in 1941. After only a few months, she was transferred to Greene County, where she was named Home Demonstration Agent. Records show that Anna only stayed a brief time with Extension.

In 1946, she married Montgomery County Extension Agent Tom McCabe, and they made their home in Montgomery, where she taught school once again. Anna and Tom had three children: Ann Patterson McCabe (Forman), Thomas P. McCabe, Jr., and John David McCabe.

Anna was a member of the Memorial Presbyterian Church, Delta Zeta Sorority, Delta Kappa Gamma Honor Society, and the Hypatiz Literary Club of which she also served as president.

Her efforts are remembered by many and hence the honor now being bestowed on her memory as the name Anna Cammack McCabe is inscribed on the dedicatory plaque of the Extension Memo­rial Chapel. 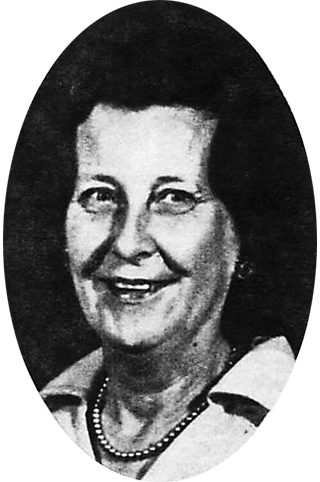