Anne Knight Guthrie was born on February 7, 1942, in Jefferson County. She spent her childhood in Pine Apple, Alabama, where she graduated from Moore Academy in a class of ten students. She attended Judson College and transferred to Auburn University, where she finished in Family and Consumer Science.

The Alabama Cooperative Extension System employed her as an Extension Agent in Walker County in April 1964. Soon afterward, she met a volunteer leader named Terrell Guthrie when he brought electric lamps to the county contest. In his words, “When she turned around, I knew that I was looking at the girl I would marry.” They were married in December 1964.

Terrell Guthrie was a County Extension Agent in Lamar County when he and Anne accepted a new challenge. The Guthries were the first managers assigned to the Alabama 4-H Youth Development Center and moved to the property in 1979, while it was still “wilderness.” Opening the Center in 1980 with the Lodge, one dorm, a pool, and four un-air-conditioned huts moved Alabama 4-H to a hands-on, minds-on learning environment with endless possibilities.

Anne Guthrie served as office manager during the formative years of the Alabama 4-H Center. She greeted visitors, registered campers, and ran the camp store. She was known as “Mama Guthrie” to the summer camp counselors and loved and treated the youth as if they were her own.

The Guthries worked closely with the Alabama 4-H Club Foundation, Inc., to generate private funding for the expansion of the facilities. Today the motel, recreation building, a second dorm, and the enhancement of learning with the Environmental Education Science Center continue to provide educational learning for Alabama’s youth and adults.

The Alabama 4-H Foundation Club, Inc., Board named the Lodge the “Terrell and Anne Guthrie Lodge” for their dedicated service managing the 4-H Center from 1979 until their retirement in 1999.

Anne Guthrie passed away on June 17, 2007. She is survived by her husband Terrell and son Terry and his wife Dianne. She has two grandchildren, Anne Marie and Caroline.

As a lasting tribute for her pioneering spirit and dedication to Alabama youth, the name of Anne Guthrie is inscribed on the dedicatory plaque of the Extension Memorial Chapel. 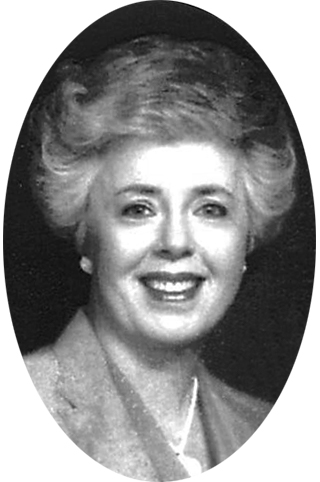