For 27 years, Annie Mary Hester catered to the needs of the people she served as a home demonstration agent for the Exten­sion Service. Twenty-four of those years were spent in Fayette County, where she will be remembered as one who gave tire­lessly of her time and energy. “Miss Hester was a very conscientious worker,” said one longtime associate. “She believed in putting in a good day’s work and the people of Fayette County bene­fited greatly from her efforts.”

Miss Hester was born on June 3, 1920, in Franklin County and graduated from Belgreen High School in 1938. She received her B.S. degree from Berry College and her Master’s degree from the University of Alabama. She taught vocational home economics in several Alabama high schools before beginning her career in Extension in 1953 as an assistant home demonstration agent for Walker County.

She also worked as an assistant home demonstration agent in Jefferson County for two years, at which time Miss Hester was appointed home demonstration agent. Her final position as county agent was for Fayette County, where she remained until her retirement in 1980. In addition to her Extension work, she was also very involved in church activities and civic projects. Much of her spare time was spent at the local nursing home, caring for the elderly people there. A longtime friend said, “She left little time for herself.”

As a lasting tribute to this woman and her life’s work, the name of Annie Mary Hester is inscribed on the dedicatory plaque of the Extension Memorial Chapel. 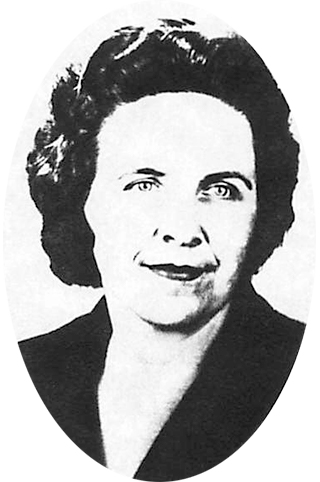