One of the most capable and best-liked County Agents of his time is a description given of B. W. “Buck” Appleton by a co­worker and close friend. Buck began his Extension work as Assistant County Agent in Walker County November 11, 1934, and was promoted to County Agent in Etowah County on March 16, 1937, where he remained until he resigned to go with Tro-Fe Dairy in 1943.

Buck, a native of Collinsville, received his high school diploma from Collinsville High School in 1930 and attained his B. S. degree from Auburn in 1934. After his tenure with Extension and Tro-­Fe Dairy, he became a very successful businessman in the poultry and egg business in Collins­ville. He was the first president of the Alabama Poultry Association and was inducted into the Alabama Poultry Hall of Fame.

A loyal supporter of Auburn University, Buck never forgot his Alma Mater. He lent his full sup­port to Auburn and, in particular, the Extension Service. He was a regular contributor to 4-H pro­grams and other youth organizations. He was quick to offer financial aid and recognition to farm youth.

Buck was a pioneer in farm radio programs, having one of the first daily programs in Etowah County. He was credited with being among the first in the state to work closely with other agen­cies. He worked hard to get electricity to the rural areas of his county and conducted a farm to farm signup process to get electricity in all farm homes.

Buck was a devoted Baptist, serving in many positions, including Sunday School teacher, depart­ment director and deacon. A loving family man, he lived a life that influenced his children to be morally strong and to be considerate of their fellow men and women.

It is fitting to honor the man and his life’s work by inscribing the name Bulow Wilson Appleton on the dedicatory plaque of the Extension Memorial Chapel. 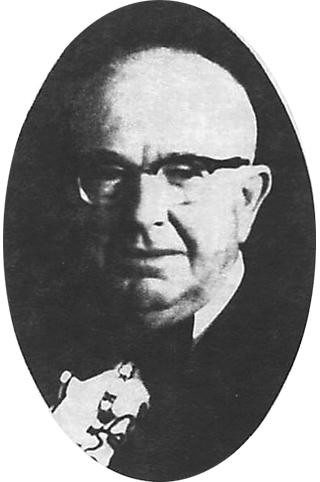