Her life began April 7, 1905, on a farm in McKenzie, Alabama, (Butler County) as the oldest of eight children. After complet­ing her primary and secondary education in the public schools of McKenzie, Anarnerle Arant earned her B.S. degree from Auburn University in 1926, the first of six of the Arant children to obtain degrees from Auburn.

She immediately joined the Alabama Extension Service as Home Demonstration Agent in Coosa County. Miss Arant applied her talents and skills to that position from 1926 to 1930. The next year, she attended Cornell University and earned her M.S. degree in marketing.

At the completion of her Master’s program in 1931, Miss Arant began working with the North Carolina Extension Service. She was appointed home demonstration agent for Alamance County. In 1935, she became the district supervisor for women’s extension work and held that post from 1935 until her retirement from extension work on December 31, 1966. During her 35 years with N.C. Extension Service, she received many honors and citations, the most prestigious being the USDA Superior Service Award. This award was presented by Secretary of Agriculture Orville Freeman in a ceremony at which Vice President Lyndon B. Johnson was the guest speaker.

Miss Arant was also the recipient of the Epsilon Sigma Phi Meritorious Service Award in 1963 from the North Carolina chapter.

After her retirement in 1966, Anamerle returned to Auburn to be close to her brother F. S., who was with the Entomology department, and to her sister Hazel, whose husband was with the Animal Science Department. In addition to working part-time for the University Library, she was active in church and community affairs. She was survived by two brothers, F.S. Arant and J.C. Arant, and four sisters, Hazel A. Goodman, Bernice A. Pittman, Frances A. Smith, and Julia Ellen A. Parker.

Her accomplishments were numerous and her success widespread. Known as a diligent worker, Anamerle Arant was admired and respected by clientele and coworkers alike. In tribute to her life’s work, the name Anamerle Arant is inscribed on the dedicatory plaque of the Extension Memorial Chapel. 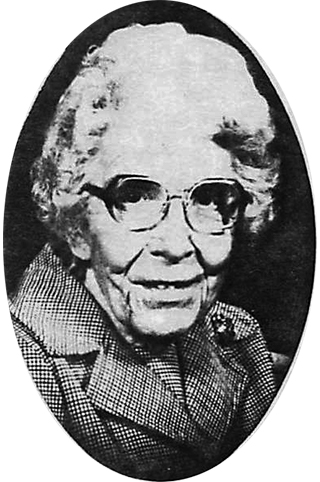