Jeannette McPhail came to Walker County after receiving a B.S. in Home Economics from the Alabama College for Women, now known as the University of Montevallo, and a Masters from the University of Alabama. She taught home economics for two years before joining the Alabama Cooperative Extension Service in Talladega County in 1942. In 1943, she transferred to Walker County, where she married Robert A. Argo, Jr. in 1949. With her family always her highest priority, she took a break from work to care for their two young children, Katherine and Robert, before returning to work with Extension in 1957.

During her thirty years of service in Walker County, Jeannette witnessed many changes in the Alabama Cooperative Extension Service, especially regarding the role of female Extension agents. For the first time in Extension’s history, female agents were allowed to continue working after marriage and during pregnancy. When the Expanded Food and Nutrition Education Program was implemented in Alabama in 1969, Jeannette embraced the program wholeheartedly. She continued to supervise EFNEP, which was developed to teach low-income homemakers to use resources at hand to improve the nutritional status of their families, until her retirement. Another example of her resiliency and willingness to change with the times was exemplified by her acceptance of Extension’s new programming efforts in Community Resource Development. One of her major successes in this area was working with local stakeholders to establish the Walker County Health Council, in which local agencies were able to organize and share their efforts to address health needs in the county and avoid duplication of services. Also, before her retirement in 1982, Jeannette was among the first female agents to be allowed to serve as County Extension Coordinators. In many ways, Jeannette McPhail Argo was ahead of her time.

In addition to her involvement in church, community, and professional organizations, she was known for her diligence in providing quality educational programs and media releases. Also, she was a mentor for many 4-H Club members and for Extension Agents who worked with the clubs. The epitome of an Extension educator, Jeannette loved people and had a desire to see them have healthy and happy lives.

Jeannette Argo mentored many young Extension professionals during her career. She encouraged staff to receive training, improve their educational status, and improve programming efforts. The Alpha Pi Chapter of Epsilon Sigma Phi honors her by placing her name on the dedicatory plaque at the Extension Memorial Chapel. 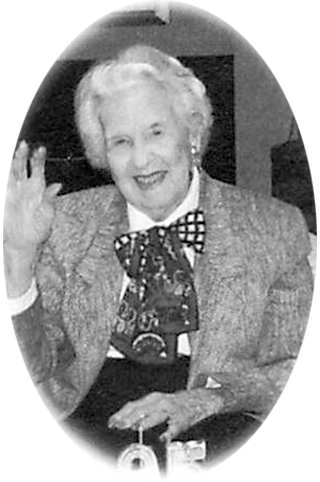