Aringia A. Hicks began life in Kilgore, Texas, on October 11, 1902. His early education took place there with his receiving his diploma from Kilgore High School in 1920. Desiring to continue his pursuit of knowledge, Aringia left his native state and headed east to Tuskegee Institute.

After six years of intensive study in agriculture, he was ready to apply what he had learned. In 1929, Aringia Hicks began a career with Alabama Extension. For 20 years, he served the people of Monroe and Clarke Counties.

Passing on advice to farmers and farm families occupied much of his time. Traveling on dirt or mud roads to remote farms often slowed down the process of information exchange. But reaching the farthest farm was important to Agent Hicks.

Advising on proper orchard planting, pasture improvement, home construction, and soil conserva­tion were common themes of Aringia Hicks. His other great love was promoting 4-H club activi­ties. He organized many beef programs and often influenced local merchants to donate feed grain. He also took youngsters to Tuskegee for short courses, where they were engulfed with knowledge and experience to take back home.

In recognition of his years of service and his many accomplishments, the name Aringia A. Hicks is inscribed on the dedicatory plaque of the Extension Memorial Chapel. 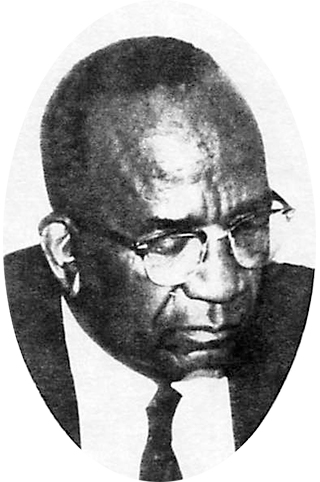