In an apple green 67 Mustang or a fire engine red 2000 Aztec, Joe Ann Arthur lived life to the fullest. She was a 4-H member, she taught school, and she saw many changes in the lives of the people of Clarke County, the county she served in as county agent or county coordinator for over 31 years.

Joe Ann was a 4-H member in Jasper County, Mississippi, with competition centered on sewing and cooking. She was involved with 4-H on the county level receiving recognition for her projects. Mrs. Hendry, the 4-H Lady, influenced Joe Ann’s career in the area of home economics. She studied home economics at the University of Southern Mississippi and received her B.S. degree in 1966. Later, in 1976, she received her Master’s degree from the University of South Alabama. And then in 1980, she received the Education Specialist degree from Mississippi State University.

Her home economics career began as a school teacher. She washed the football players’ uniforms, cooked for the faculty meetings, and did the mending for most of the school projects. It was somewhere in this time frame that the legendary apple green 67 Mustang flashed up and down the roads. Then she moved on to the Clarke County Extension office.

She liked to ‘tackle’ new things. The District 4-H Horse Show brings back memories of rain delays in some years and hot, dry, dusty days in other years. District 4-H Round-Up took many Clarke County youth onto scholarships, National 4-H Congress, Citizenship-Washington Focus, and other trips beyond the county. But they also gave back to the county. The participants exhibited their projects at the county fair. Joe Ann also participated in the fair. She put up the tents using a sledgehammer to put the stakes in the hard ground. She worked with judges on days when there was more weather than there were exhibits. And she moved the registration into the computer age to simplify the recording of prizes and awards.

Joe Ann Arthur worked hard with the county board of education writing grants that would enhance the academic program. Over the years, she was recognized for the series of classes devoted to health and wellness. Using resources of the public health department and local nurses, each school saw resource leaders teaching about issues that affect the lives of youth.

Joe Ann also saw the need to help the families of Clarke County. The Extension Homemakers Clubs sought out Joe Ann’s expertise for workshops and seminars. Public policy forums linked business and industry in the area to include the youth perspective on governing boards. The Public Library became the center of her life after retirement with the upgrading of the computer system and an offering of parenting classes.

But Joe Ann’s involvement with children showed in all that she did. In the fall of 2001, her final project for the Methodist Church, making vests for the Boy Scout Troop. She measured, cut, and completed the vests. Someone else had to add the final buttons and braid.

In the final months in her fire-engine red Aztec, Joe Ann worked with a consortium of universities and local school boards to bring the best education to that corner of southwest Alabama. Their November 2001 retreat took Joe Ann to Fayette, the only county she had not yet visited in Alabama. After an afternoon of work and study, they took time out for a little relaxation. Joe Ann passed away in her sleep that night. She had truly lived her life to the fullest – even to the last moment.

She touched the lives of many people, and now to honor her life, the name of Joe Ann Arthur is inscribed on the dedicatory plaque of the Extension Memorial Chapel. 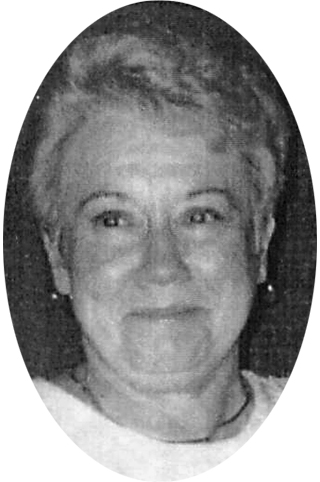