Audrey Gruenewald inspired hundreds of Butler County 4-H’ers through her service, work as a teacher, businesswoman, and mother.

As a teacher in the Georgiana school system and later, following the death of her husband, owner of the Western Auto store, Gruenewald served as an example to the youth of Butler County as a leader in 4-H.

She encouraged youth to participate in a variety of projects and required them to write about their experiences and maintain records. She drilled students for competition, helping them develop self-confidence and ability.

Her most significant contribution was most likely the help she provided in obtaining scholarship funds for deserving 4-H members who otherwise would not have been able to attend college. No matter what the project, Gruenewald always gave her best effort.

She worked with students from Georgiana, but coached and groomed students for 4-H competitions from throughout the area. Through her business, she often donated cash and other prizes for 4-H’ers. More important than any monetary donation was the gift of her time and talents that she gave for so many years.

Gruenewald inspired 4-H’ers to pursue a variety of interests, develop their talents, refine their skills and work toward goals. She inspired 4-H’ers to reach the goals some, as youngsters, thought impossible. But with her guidance, those goals became reality. She also inspired 4-H’ers to obtain a higher education. Her goal was to encourage them to work hard, be successful and give back to their community.

Several of her former 4-H’ers, who nominated her for this award, called her the “embodiment of the 4-H Pledge.” 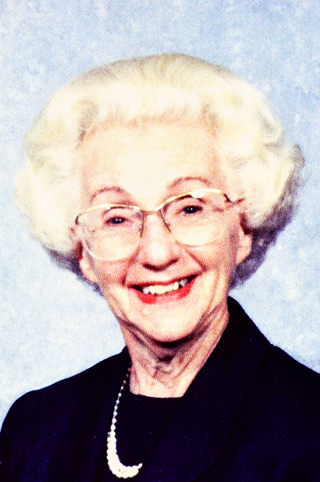