Byron Bernice Williamson, Jr. (better known as B.B.) was born in Roy, Alabama (now Frisco City) on August 15, 1919, to Byron B. Williamson and Fannie Mae Brooks. In 1942, B.B. received a B.S. Degree in Agricultural Education from Auburn University and m 1961, he earned an M.S. Degree, also from Auburn.

B.B. met his wife, Mabel Wesley, on a blind date while at Auburn. They married on June 7, 1944, in Pyote, Texas, while he was serving in the Army Air Force during World War II.

B.B. was an outstanding extension agent as well as a wonderful family man. He and Mabel had five children – three daughters and two sons. He and his family were very active in the First Baptist Church of Livingston. B.B. served as a deacon, taught a men’s Sunday School Class, and authored several books on the history of his church.

B.B. was active in civic and professional organizations and was the recipient of many awards, honors, and recognitions. He received the Distinguished Service Award from the AACAA in 1966; Sumter County Agriculture Man of the Year in 1978; Outstanding Service Award, York Rotary Club, 1983; and the Golden Eagle Award, AU Alumni Association, 1992.

“Mr. B.B.” was a very honorable, well-respected, hardworking, detailed individual who enjoyed working with people and believed in what he taught. He was a quiet, gentle man who did not speak unless he had something to say in a positive manner. People listened to him. Among his many works include the writing of his autobiography, The Way It Was.

B.B. Williamson died on October 31, 1997, in Opelika. He was preceded in death by his beloved wife, Mabel. Survivors include two sons, Wesley Williamson of Livingston and Ray Williamson of Estil Springs, Tennessee; three daughters, Jean Whatley of Opelika; Lucy Crook of Minther and Nancy Everett of Alpeanna, Michigan; a brother, Elmore Williamson of Montgomery; 11 grandchildren; and one great-grandchild.

As a lasting tribute to this man and his dedicated work to the people of Sumter County and Alabama, the name B.B. Williamson is inscribed on the dedicatory plaque of the Extension Memorial Chapel. 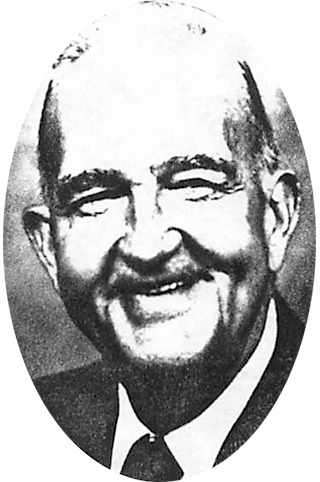