Benjamin Belton Fields was born in Washington County, Alabama, on October 23, 1925. “B.B.,” as he was often called, began his Extension career as an Assistant County Agent in Lawrence County in 1954. In 1956, he transferred to Hale County for five years and then spent the rest of his Extension career in Tuscaloosa County. He was a charter member of the Alabama Association of Extension 4-H Agents. As a 4-H agent in Tuscaloosa County, Mr. Fields had the privilege of carrying the first group of 4-H’ers to the Alabama 4-H Center when it opened for service in June 1980. The majority of B.B.’s time was spent doing 4-H work. He utilized volunteer leaders very effectively and used a variety of teaching methods and techniques to motivate, involve, and teach youth. In 1985, Mr. Fields succeeded to the position of County Agent Coordinator.

Among Mr. Fields’ strongest assets was his understanding of, concern for, and responsiveness to the needs of people. He worked with countless homeowners and farmers, helping answer their varied yard and garden questions. He developed educational agricultural programs, concentrating on improving production and marketing techniques. He promoted the local farmer’s market and encouraged producers to become active members.

Mr. Fields was also very community-minded, serving on many boards such as the Community Service Board, United Fund, Sickle Cell Disease Association, Boy Scouts of America, Tuscaloosa County Preservation Society, YMCA, and Focus on Senior Citizens, and he served as president and Division Lieutenant Governor for the Kiwanis.

Mr. Fields was highly respected by his coworkers and the total community for his honest and dedicated service. He was married to Mrs. Ruth Fields, and they had two sons, Benjamin B., Jr., and Ivan. He was a graduate of Tuskegee University, where he received his B.S. degree in agriculture and his M.S. degree from the University of Illinois. He also served in the U.S. Army for two years during WWII. He retired from the Tuscaloosa County Extension Service on January 31, 1988, after more than 33 years.

Benjamin B. Fields was a quiet gentleman who knew how to get things done. Epsilon Sigma Phi is deeply honored to place his name on the dedicatory plaque of the Extension Memorial Chapel. 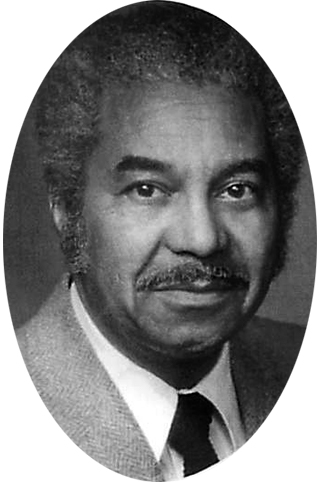