She became a teacher at Dothan High School in 1923. The next 2 years found her teaching math and English in Auburn. In 1928, Fleming became a home demonstration agent and soon became a state specialist for Extension. Perhaps her greatest distinction was serving as the state’s first 4-H leader for girls.

Described by co-workers as a terrific person, Fleming was always cheerful. Her son remembers her overriding characteristic being her love of people. “She made friends easily and devotedly; she admired intellectual accomplishment and gentle manners.” The combination of her pleasant personality, intelligence, and high moral character proved effective in her leadership role.

Fleming set an outstanding example for the young 4-H’ers she led. Parents, teachers, and community leaders all appreciate the hard work that brought success to her many projects. At the time of her marriage to Emil Wright Sr. in 1934, Fleming resigned from her position with Extension. 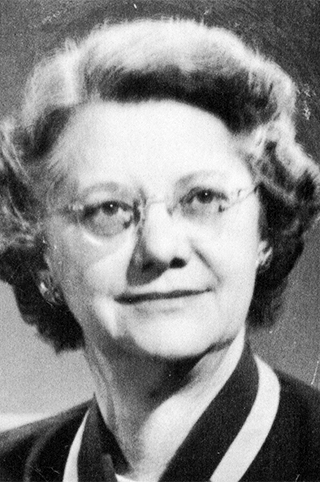