“A dedicated Extension worker, Beverly Holstun was an out­standing agricultural leader who had loyalty and devotion to the people he served. His wisdom and understanding were often sought by all who knew him. We shall miss him greatly.” These words on February 26, 1971, Official Letter were written for Mr. Beverly R. Holstun, former county Extension chairman in Tuscaloosa County who passed away on February 22, 1971.

Mr. Holstun was born on September 15, 1902, in Tallapoosa County and graduated from Waverly High School in 1919. After receiving a B.S. degree from Auburn in 1923, he took a job as a farm demonstrator for the First National Bank of Tuscaloosa. He began his Extension career in 1934 when he was appointed county agent for Butler County. In 1938, he was named county agent for Tuscaloosa County. Mr. Holstun’s Extension work was interrupted in 1942 when he was called to active military duty, serving as an economics officer in the Army. He was responsible for all food commodities and curtailment of black market activities in 15 counties in Germany. After the war, he returned to his county agent position in Tuscaloosa County.

In 1970, the Tuscaloosa Jaycees dedicated the 1970 West Alabama Fair to Mr. Holstun. The fol­lowing is a quote from their minutes: “Mr. Holstun has always been a friend of Tuscaloosa Jay­cees and we are truly indebted to him for his efforts throughout the years. Since the first West Alabama Fair in 1953, he has been most cooperative and helpful to our organization. We always knew that when assistance was needed, we could count on him. His dedication and service to the agricultural needs of our area have always been an inspiration to us. We are extremely proud to call Beverly Holstun our friend. And it is a great honor to dedicate our 18th Annual West Ala­bama Fair to this outstanding citizen of our area.”

As a lasting tribute to this man and his life’s work, the name of Beverly R. Holstun is inscribed on the dedicatory plaque of the Extension Memorial Chapel. 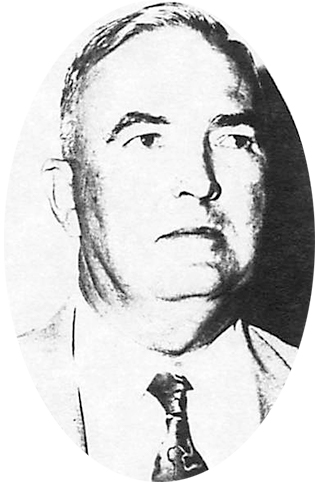