The 4-H pledge learned by Rex Blackburn as a young boy growing up on a rural farm with no electricity or indoor plumbing in the 1940s continues to follow him today.

“My friends and I could hardly wait to be old enough to join the 4-H club,” says Rex Blackburn. “I can still remember the thrill of winning a blue ribbon and the honor of standing before my classmates. l raised chickens, pigs, calves, and produce as 4-H projects, but these projects also helped to feed my family.”

“It has been more than 60 years since I first learned the 4-H pledge,” says Blackburn, “as a 10-year-old boy at Starlington School in Georgiana. 4-H instilled values in me that make for better living and citizenship.”

“As stated in the 4-H Pledge, I’ve tried to use my head in making good decisions for myself, my family, and my community. Serving as a steward in my church also served on the grounds and finance committee. Clear thinking is imperative in making sound decisions.”

Blackburn says that loyalty is part of a person’s character. He served in the U.S. Army from 1964 to 1970. After college, he returned to Butler County working for General Telephone. He and his wife, Mary Ellen, have been married for 45 years.

Besides service in his church, Blackburn is a member of the volunteer fire department, and his large vegetable garden provides fresh produce for older people in his community.

Ralph Thompson states, “I don’t know of anyone who gets as much enjoyment in helping other people as Rex does. He is a 4-H member who continues to use the values he learned in everything he does today.” 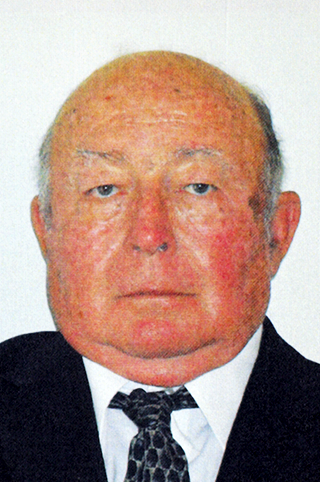