A native of Pleasant Hill, Tenn., Bob Whittenburg became a 4-H member at 10 and immediately became active in the beef breeding project. He began his project with one heifer, which was purchased with borrowed money, and he exhibited bulls and heifers at the county, district, and state shows. He concluded his 4-H program with a herd of 15 registered Polled Hereford cows and one bull.

With the exception of four years of undergraduate school, Whittenburg has been involved in some phases of 4-H livestock work, first in Tennessee as an adviser, leader, and assistant county agent. For nearly 30 years, he was the familiar face at every 4-H livestock event across Alabama as the 4-H livestock specialist.

When Whittenburg joined the Alabama Cooperative Extension System, the only active 4-H livestock program focused on market steers, and the program was revamped under his guidance, and the market hog program was reactivated.

He also added new dimensions to the livestock programs, which included the beef heifer, horse, and lamb shows as well as livestock judging competitions. Thousands of youngsters participated in the livestock programs he coordinated, and he has been recognized nationally for his leadership in 4-H animal science. 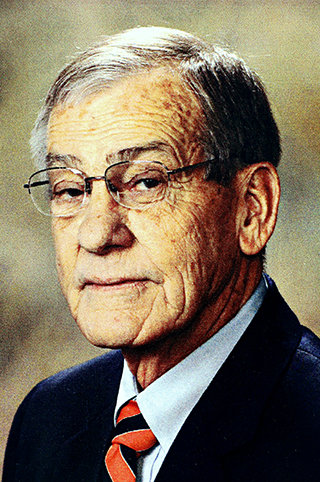