Brenda Jeanette Martin. She was one of a kind; an open book; unforgettable. Those who knew her well feel lucky to have crossed her path in the short 63 years of her life.

Brenda grew up in Pepperell, a small tightly-knit community between Auburn and Opelika. She was the only child of James W. and Johnnie Smith.

She graduated from Opelika High School in 1965. In 1967, she and David Martin of Beauregard, Alabama, married. They had two children. Sandy was their firstborn. She now has four children, and those four grandchildren of Brenda’s were the apples of her eye. She enjoyed them very much and looked forward to their visits. Their names are Brittanie, Whittanie, Brandy, and Alexis.

The Alabama Cooperative Extension Service became part of Brenda’s life when she began work in March 1977 in the Administrative Services Office. Robert Horn was her supervisor. Mr. Horn retired in 1979 and Brenda transferred to the Extension Communications office where she worked for Elbert Williams.

Brenda was “darkroom tech” for all of Extension, including the counties and area offices. She would process all the black and white film taken at events, meetings, and such, make numerous copies, and mail them back to the agents. It was nothing for her to make 400 to 800 prints a day. There weren’t too many people out there who could do the job she did with the same expertise.

Brenda never met a stranger and no matter what was going on in her life, you could always talk to her and she knew the right thing to say. She could cry with you, and she had a unique way of turning it into humor. That’s why, if anyone came into the building, they always had to stop by Brenda’s office just to get their “shot of happiness” for the day.

By 1992, Brenda’s legs were giving her so much pain that she had to resign her position with Extension due to disability. She spent the next seventeen years enjoying her family.

The saddest time in Brenda’s life was when her son John David died in 2004. Her husband David will tell you that was a tragedy from which they never recovered. But she loved to share her memories and would gladly tell you a happy story about John’s life.

Brenda passed away on January 26, 2009. In honor of her contribution to the Extension Service, we inscribe the name Brenda J. Martin on the dedicatory plaque of the Extension Memorial Chapel. 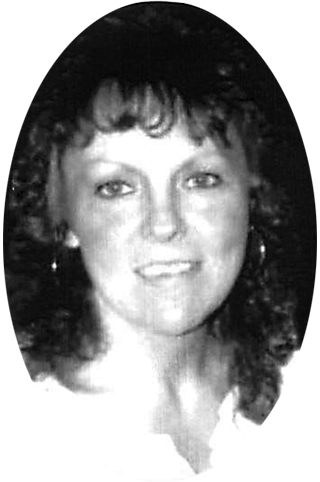