Extension lost one of its most dedicated young professionals when Brian Perkins lost his battle with cancer on March 16, 2002. Only 49 years old, Brian was in his professional prime, and his death left a deep void in an important service provided to seafood processors. “His expertise, professionalism, and abilities will be sorely missed,” said Rick Wallace, a longtime colleague of Brian’s.

Food safety and quality was an important service he provided for the seafood processing industry in coastal Alabama and throughout the state. He conducted workshops that enabled seafood processors, particularly small family businesses, to comply with state and federal food safety regulations. He trained more than 700 individuals in six states in Hazard Analysis and Critical Control Point (HACCP) procedures, a highly effective national food-safety inspection program.

Brian consistently impressed others with his ability to communicate with people. He had a delightful personality and many interests. He was an excellent writer and wrote several scientific and extension publications, plus public information bulletins and popular press articles. When not at work, Brian could be found casting his rod and reel, for fishing was a favorite pastime. He also enjoyed cooking. “Brian was a great chef,” said his wife Deborah, “and Iron Chef was one of his favorite cooking shows.” Brian also tinkered with mechanics — almost completely restoring a Volkswagen Beetle.

He was survived by his wife Deborah and their two children, Jennifer and Brian, Jr. “Brian was our strength,” said Deborah. “We could always count on him. He was loyal and untiring in his efforts to take care of his family and his career with Auburn.”

Brian Edward Perkins was an exemplary individual, and it is a befitting tribute to place his name on the dedicatory plaque of the Extension Memorial Chapel. 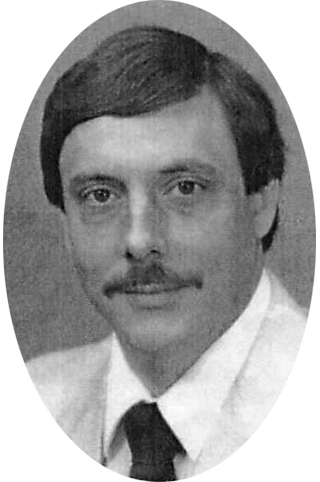