James A. Byars* has served Fayette County 4-H for more than 30 years. His dedication and devotion to 4-H have been unsurpassed in the county.

Many young lives have been positively affected and the dairy program has been among the top in the state.

James Byars and his twin brother, Joe, started showing dairy cattle when they were only 4 years old, and James continued showing until he aged out of 4-H. His other 4-H projects included raising chickens and competing in the corn-growing contest.

Byars served as the volunteer leader for the Dairy Club and helped develop rules and regulations for county and district shows. He received the Volunteer Leader of the Year for Fayette County three times. He also received the Distinguished Service Award at the district dairy show three times.

Fayette County has recognized him as one of four Centennial Volunteers for the 2009 4-H Centennial Year. The lives of Fayette County 4-H’ ers and residents, dairy cattlemen, and ACES employees have been enriched because of their interaction with Mr. James Byars. 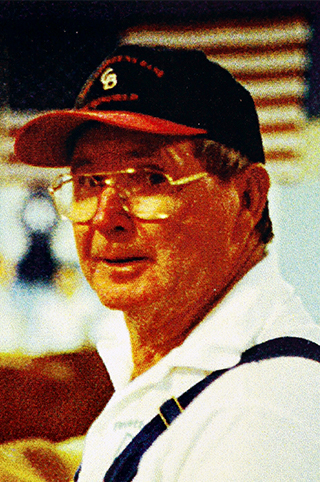