Dr. C. A. Williams, or C. A. as he was known to family, friends, and col­leagues, was born and raised in Stewart County, Georgia. He received his B.S. in Agriculture from Tuskegee Institute and the M.S. in Agriculture and the Ed.D. in Administration, Rural Sociology, and Rural Education from Cornell University.

Dr. C. A. Williams began his Cooperative Extension career as a county agent in Lawrence County, Alabama, in 1945. During his tenure in Alabama, he served as an Alabama District Agent, District Agent Supervisor, and Acting State Leader for Extension Work. In addition, Dr. Williams was an Assistant Professor of Adult Education at Tuskegee Institute.

Dr. Williams left Alabama in 1965, initiating a distinguished tenure with the Federal Extension Service. He was the first Black American to hold the posts of Assistant to the Administrator, and Deputy Administrator, Program and Staff Development, Federal Extension Service. Dr. Williams also served as Executive Secretary, Joint USDA­-NASULGC Committee; Board of Trustees, National 4-H Foundation; USDA Representative on Federal Interagency Committee on Education; USDA Representative on the Joint USDA-NASULGC Committee on Education For Gov­ernment Service; USDA Representative on the Ad Hoc Committee on Domestic Technology Transfer of the Federal Council for Science and Technology; Special Programs Committee of the USDA Graduate School; and Advisory Committee of the World Food Institute.

Following his retirement from the Federal Extension Service, Dr. Williams assumed the position of Executive Vice President of Alabama A&M University. During his six years at the university, Dr. Williams, a noted planner, orga­nizer, and manager had several outstanding accomplishments. His most significant accomplishment was his distin­guished work with the Food and Agriculture Act of 1977. Through his persistent efforts in authoring the language of Section 14 (Subsections 1444 and 1445), all seventeen Historically Black, 1890 Land-Grant Institutions realized receipt of approximately 30 million dollars annually for Research and Cooperative Extension. Dr. Williams helped to organize the advancement of the University in the area of planning and management, serving as Chair of the planning committees. He was also instrumental in organizing and directing the International Program and served as secretary for the Board of Trustees.

Dr. Williams was the author of many major papers on the topics of program development, staff development, and evaluation. He held memberships in many noteworthy organizations, including Phi Delta Kappa, Epsilon Sigma Phi (President), Adult Education Association, Rural Sociological Society, and the National Academy of Arts and Sci­ences.

Dr. Williams will be remembered as a devout family man, champion of the Historically Black 1890 Land-Grant Insti­tutions, advocate for the poor and disadvantaged, and patron for American youth. In recognition of his life’s work, the name Cornelieus Arnett Williams is inscribed on the dedicatory plaque of the Extension Memorial Chapel. 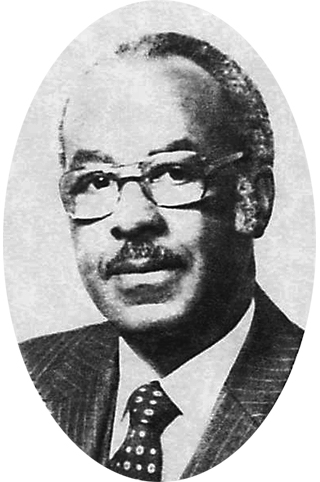