Ed Teague may have been one of the most universally mourned indi­viduals at his passing in 1986. His death created a void in Alabama agriculture not soon to be filled.

A native of Danville, Alabama, Ed Teague grew up loving the land and its people. His favorite part of farming always was working with the dairy cows. It followed that when he went to Auburn to study agriculture, he focused on dairy production. Years later, that background would help him attain the position of State Dairy Specialist with the Alabama Extension Service and as Agricultural Director for the Mont­gomery Area Chamber of Commerce.

Ed received the B.S. degree from Auburn in 1930 and the M.S. degree from West Virginia University in 1932. Upon completion of his Master’s degree, he worked 3 years for the Dairyman Cooperative Sales Association, gaining valuable experience which he would apply to his Extension work. He joined the Extension Service in 1935 as an assistant county agent in Greene County, soon moving to Tuscaloosa County, and then on to Pickens County in 1942.

His dedication to his work in 4-H with dairy and steer shows helped bring him to the Auburn state staff as Dairy Specialist in 1944. He left Auburn in 1948 and joined ranks with the Birmingham office of the Ten­nessee Coal and Iron Company in their agricultural department.

In 1952, he joined the staff of the Montgomery Area Chamber of Commerce as its Agricultural Director. It was in this position that Mr. Teague made his mark on Alabama agriculture. As the Chamber’s representa­tive, he helped build the Montgomery County Cattleman’s Association from a small organization into one of the largest county associations in the U.S. He also served as Executive Secretary on its Board of Direc­tors. Also as the Chamber’s representative, he directed various agricultural events in Montgomery, such as the cattle shows, horse shows, and dairy shows at the Montgomery Coliseum. For his service, a dairy barn there now carries his name, only one of the memorials and honors bestowed on Ed Teague.

We are proud that Ed Teague came our way because of the positive influence he had on youth. He espe­cially loved boys and girls involved in Junior livestock shows. Mr. Teague will long be remembered by thousands of boys and girls and their parents for his many years of hard work to make the State Steer show and sale possible.

To honor his life on unselfish devotion, the name of C. Edward Teague is placed on the dedicatory plaque of the Extension Memorial Chapel. 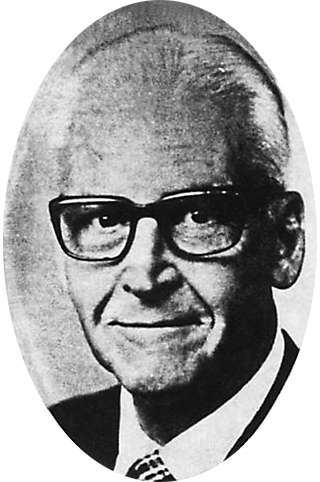