Parker was born the third child to William Lee and Addie Cassaday Parker on May 1, 1915, in the community of Pyriton. His mother died when he was four years old. Understanding one family sit­uation and recognizing the talents of young Carl, the principal at Lineville High School, where he graduated in 1938, encouraged and assisted Carl in locating work and borrowing the money nec­essary to attend college at Auburn University, which he entered in 1939.

Before joining Extension, he was a vocational agricultural instructor at Newville High School while still pursuing his B.S. degree from Auburn University. He received his appointment at the Alabama Cooperative Extension Service on July 1, 1944. His first job was to build on the 4-H program in DeKalb county, and he was quite successful in this endeavor. Another successful endeavor was the improvement of the Cullman City Water Works when he was Area Rural Devel­opment Specialist.

His hobbies included hunting, fishing, trapping, and gardening. Deer and elk hunting out West were a trademark as he would strap elk horns on the top of his 1964 Chevrolet and display them with his travels each fall.

Mr. Parker was a memorable person. His ability to get the job done in his unconventional way was perhaps as much a trademark as were the elk horns on his Chevrolet!

Parker served the First Baptist Church of Ft. Payne as an active member and teacher. His commu­nity involvement included being a charter member of the Ft. Payne Lion’s Club and former presi­dent, Woodmen of the World.

Carl Parker died on November 20, 1992. He is survived by his wife Bernice and son William. In recognition of his accomplishments, the name Carl Parker is inscribed on the dedicatory plaque of the Extension Memorial Chapel. 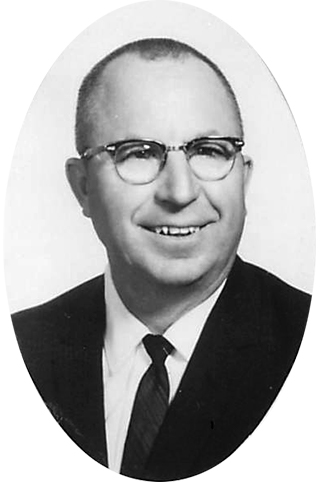