Carletta LeNoir was one of those unselfish people who do all their great works behind the scenes. Her diligence and dedication won her gratitude from the leaders she worked for in her long career as a secretary.

Born in Atlanta on August 22, 1907, Mrs. LeNoir earned a diploma from Commercial High School. Shortly after graduating, she gained a secretarial position with the Board of Tax Assessors and stayed there for fifteen years from 1923 to 1938. Another opportunity to serve her native city became available, and Mrs. LeNoir became secretary to the Mayor of Atlanta. Her great skill at shorthand and typing earned her the admiration of those associ­ated with her. And Mayor Hartsfield retained her services for ten years from 1938 to 1948.

After leaving Atlanta, Carletta LeNoir moved to Choctaw County, where she put her secre­tarial skills to work for Alabama Extension. For twenty-three more years, Mrs. LeNoir used her experience to assist the running of the Choctaw County Extension office. It was well known that she did what it took to get the job done — no matter what extra effort it might demand. Even after retiring from Extension work in 1975, Mrs. LeNoir could be found serving her fellow man as a Pink Lady at Rush Hospital in Butler.

In tribute to this diligent worker, the name Carletta B. LeNoir is inscribed on the dedica­tory plaque of the Extension Memorial Chapel. 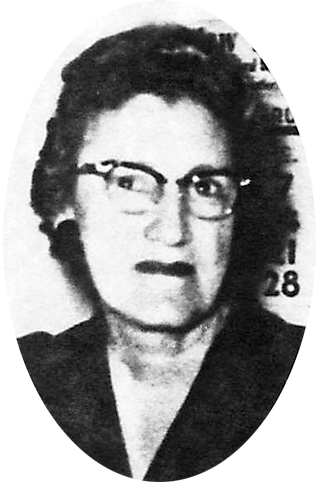