Cecil was a 4-H Club member for five years and a member of FFA for four years. He served as reporter and president for the Auburn University Collegiate FFA Chapter in 1953.

Cecil was appointed as Assistant County Agent in Marengo County on June 10, 1954, and promoted to Asso­ciate County Agent in 1964. He succeeded Frank Jones as County Agent Coordinator in 1968 and served in that position until his retirement in 1981. Highly respected by all who knew him, he was cited by his supervisors for outstanding 4-H Club work, with several district and state winners to his credit. He also excelled in the Farm and Home Development program, working with individual farmers on farm manage­ment problems. Whatever project he began he did with interest and enthusiasm until completion.

He served as president of the Alabama Association of County Agricultural Agents in 1980-81. He received the Distinguished Service Award from the National Association of County Agricultural Agents in 1970. He was a Mason and served two terms as president of the Linden Rotary Club in 1969-70 and 1974-75. Because of Cecil’s dedication not only to his job and his community but also to the forest industry, the 1978 Forestry Edition of his local newspaper, The Democrat-Reporter, was dedicated to him.

Cecil’s church was important to him. He served as Sunday School teacher, young boys organization leader, and deacon. His family benefited from his close church association in developing Christian traits and atti­tudes. And, as expected, he valued his family and enjoyed watching his children grow to adulthood attain­ing their goals. The eldest son, Dr. Gerald Miller, is a professor in the Department of Public Administration, Rutgers University. Steve is employed with James Rivers, Inc., and his daughter Cathy is Operating Room Supervisor, Brookwood Hospital, Birmingham.

In honor of the life and work of such a giving man, the name Cecil Miller is inscribed on the dedicatory plaque of the Extension Memorial Chapel. 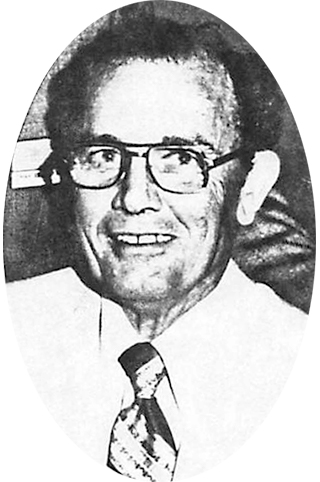