Charlie Vickery will long be remembered in southwest Alabama for his leadership, his “know-how,” and his legendary personality. A native of Excel (Monroe County), Alabama, Charles B. Vickery began his career with the Alabama Cooperative Extension Service as an Assistant County Agent for Escambia County in April 1948. He transferred to Mobile County as County Agent in October 1963, where he continued until his retirement as County Agent-Coordinator on December 31, 1978.

Although he worked in several program areas during his career with Extension, he was probably best known for his work with the dairy industry and the Dairy Herd Improvement Association (DHIA). While he was there in Mobile County and giving leadership and technical advice, the milk poundage doubled and the membership in the DHIA tripled.

Mr. Vickery was also known in Mobile County and southwest Alabama for his resourcefulness in the use of television and other mass media as a teaching method. He maintained two daily television programs, two regular radio programs, and wrote regular news columns, and contributed to numerous feature articles for the Mobile Press-Register. He brought the Mobile County Extension Service and the Alabama Cooperative Extension Service into the homes and automobiles of everyone in southwest Alabama, southeast Mississippi, and northwest Florida.

Charles Vickery received many awards and recognitions during his productive Extension career, including the National 4-H Certificate of Achievement in 1956, the Distinguished Service award in 1964, and the Extension Certificate of Merit award in the area of agriculture in 1978. He was an active member of the Alabama Association of County Agricultural Agents and the Alpha Pi chapter of Epsilon Sigma Phi, serving as officers in both organizations.

Mr. Vickery attended elementary and secondary public school in Monroe County and graduated from Auburn University in 1941 with a B.S. degree in vocational agriculture. He later completed his coursework for an M.A. degree in 1963.

Prior to joining Extension, Vickery was a coach and teacher at McCullough High School in Escambia County and served in the U.S. Army for four years during World War II.

Throughout his life, Mr. Vickery was active in civic and church work as a member of the mobile area Chamber of Commerce, Lions club, Mobile area community Action Committee, and Cottage Hill Presbyterian Church.

Preceded in death by his wife, Shirley Lee Vickery, Mr. Vickery died peacefully in his sleep on December 20, 2003. To honor this man for his tireless efforts on behalf of Alabama Extension and Mobile County Extension, we place his name on the dedicatory plaque of the Extension Memorial Chapel. 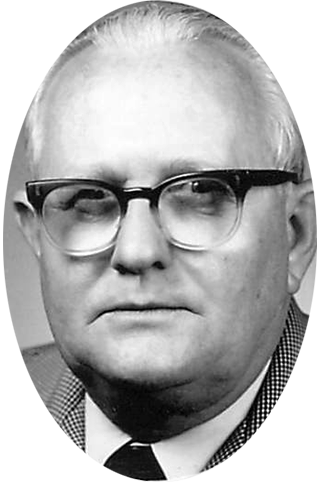