Charles David Scott II was born on January 16, 1920, to Rev. Charles Scott and Mrs. Sarah Bonner Scott in Dayton, Ala­bama. He graduated from high school in Selma and received his Bachelor’s degree in Agricultural Education from Tuskegee Insti­tute.

Upon graduation, Mr. Scott began teaching vocational agriculture at the Montgomery County Training School, where he remained for nine years. In the meantime, he continued to work on his Master’s Degree at Tuskegee and received it in 1950. In 1951, he joined the staff of the Dallas County Extension Office in Selma.

Mr. Scott served the people of Selma and Dallas County for thirty-four years. He saw many changes in farming and agriculture in his years with the county Extension office. He also did his best to help the people accept the challenges offered by the changes in agriculture.

Mr. Scott possessed a deep faith in the power of religion and education to bring about changes. He believed that an education would be the key to the door of opportunity. He was a caring person, not only for himself but for others. He exhibited this in his everyday work and responsibilities in life. He enjoyed sports if it was officiating a game or watching from the sidelines. He did much to create a purpose in life for many young people through Future Farmers of America, 4-H pro­grams, and Boy Scouts of America, helping them to prepare for their choice in life.

Although his job as a county agent took most of his time, he still was able to serve his community. He was a member of the Dallas-Selma Economic Opportunity Board; Scoutmaster for Selma troop 195; a member of the Citizens Advisory Committee for the Alabama – Tombigbee River Commission, and served fifteen years as president of the Selma Officials Association. He served as a church deacon and superintendent for the Sunday School of the Tabernacle Baptist Church.

He is survived by his wife, the former Margaret Foxx, who is now a retired home economics teacher in Selma; two children, Charles David Scott III and Margaret S. Broadnax; and three sisters, Rosa Lee Brown, Sarah Jane Howard, and Ethelstein English, with whom he had shared that spe­cial bond of being both brother and parent because their parents passed away when the girls were still young.

To honor his service to the people of Alabama, the name of Charles D. Scott II is inscribed on the dedicatory plaque of the Extension Memorial Chapel. 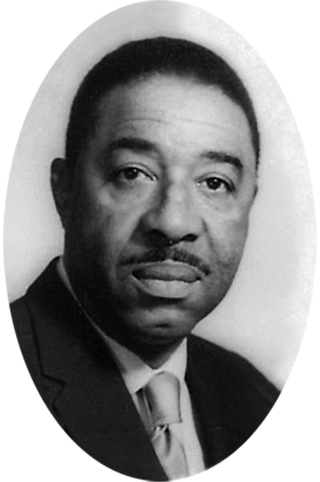