Charles Hoyt Webb was born on May 17, 1924, in Waverly, Alabama, to John O. Webb and Iris Fayne Webb. Upon graduating from Auburn High School in 1940, Mr. Webb attended Auburn University briefly before enrolling in the draft of 1941 and enlisting in the reserve in December 1942. He served in the Army until his discharge in January 1946. Part of his military service was spent in Europe during World War II for which he received three battle stars and one bronze star. He returned to college in 1946 and graduated from Auburn with a degree in agricultural engineering in March 1948.

Mr. Webb began his career with the Alabama Cooperative Extension Service on March 17, 1948, as an Assistant County Agent in Tallapoosa County. He moved to Coosa County in 1958 to be a County
Agent. He returned to Tallapoosa County as the County Agent in 1961, with a title change to County Extension Coordinator in July 1965. He remained in that position until his retirement in December 1979, after 31 years with Extension.

Mr. Webb suffered a stroke early in 1961 that left him somewhat disabled. That personal tragedy did not slow him down but only motivated him to do more for others. In 1976, he helped locate and co-founded Camp ASCCA – Alabama Special Camp for Children and Adults – in Tallapoosa County that helps children and adults with disabilities achieve equality, dignity, and maximum independence. He served as chairman for 10 years and remained on the board of directors for Camp ASCCA until his death.

He received the prestigious Distinguished Service Award in 1969 from the Alabama Association of County Agricultural Agents. That same year, he was honored by the Alabama Rehabilitation Association with the Achievement Award for distinguished service to the handicapped. In 1979, he was a representative for the National Easter Seal Society.

Mr. Webb was preceded in death by his wife, Margaret Webb, after 55 years of marriage. Mr. Webb passed away on January 17, 2005, at the age of 80. He is survived by his two daughters, Diana and Alana Webb of Dadeville.

Charles Hoyt Webb was an inspiration to others through his tenacity to achieve. It is a fitting tribute to honor his personal courage and determination by inscribing his name on the dedicatory plaque of the Extension Memorial Chapel. 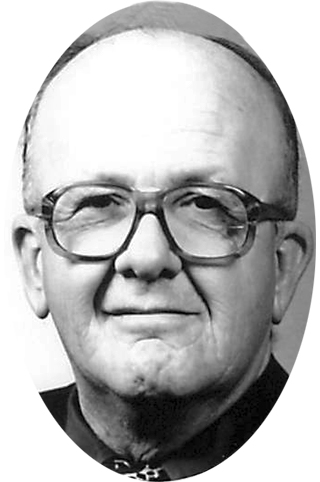