Charles Moody is known as the “4-H Man” in Cherokee County. His career was spent mentoring young men into adults, where he worked on developing leadership and life skills with these 4-H members.

His 4-H’ers excelled at many projects, including 33 4-H Record Book winners who received trips to National 4-H Congress in Chicago. Many of them became national winners in their project areas. Moody’s knowledge and writing skills were sought by other county staff to help them better serve those youth.

His influence is shown in those who serve their communities throughout Alabama. “Mr. Moody had me do things a second time,” says one former 4-H member. “And I learned to do it the right way.”

Moody is also noted for the scholarship program of the Alabama Association of County Agriculture Agents. He was asked to undertake the chairmanship in 1980 and served until his retirement. With help of fellow members, more than $17,000 was raised. The scholarship is given to deserving members active in MCM.

Moody received the NACM 4-H Certificate in 1971, the Achievement Award in 1974, and the Distinguished Service Award in 1979. He served as the first Southern Region Scholarship chair and also served as the national chair of the 4-H Committee.

In retirement, Moody works with the National Association of Retired Federal Employees. He continues to be involved in the lives of Extension families through meetings across the state.

Moody displays the 4-H motto: To Make the Best Better in his daily life. 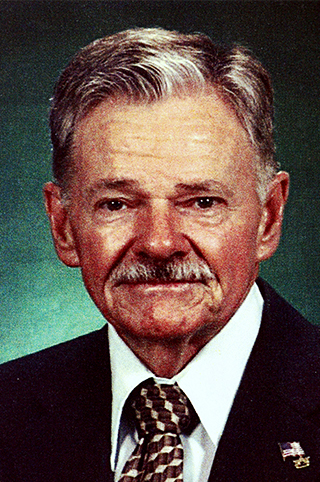