Born in Coosada and raised on the family farm, Charles P. Storrs decided early to follow in his father’s footsteps. His father was Seth P. Storrs, a former banker turned farmer who went on to become Alabama Commis­sioner of Agriculture in 1928. Young Storrs earned a degree in agricul­ture from Auburn University in 1920 and then a banking degree from Eastern Business College of Poughkeepsie, N.Y. His career plans were put on hold while he served his country in World War I, reaching the rank of first lieutenant.

In September of 1924, Storrs became County Agent for Barbour County and worked there until February 15, 1929, when he resigned to go to Montgomery as an agronomist with the American Cyanamid Produce Company. After also serving with the Soil Conservation Service, Storrs went into farming, a career that remained profit­able for him for nearly fifty years. Interestingly, one of the reasons he remained successful was the unusual crops he planted. While other farmers were planting corn and cotton, Storrs also grew tomatoes, cabbage, and collards. Other profitable crops included gladiolus, hybrid seed corn, grass sod, and even kudzu before it was considered a pest.

Upon Storrs’ death in 1985, Congressman Bill Nichols, a close friend, issued the following statement from his Washington office to the Wetumpka Herald: “Charles Storrs was one of my closest friends and his death was a deep personal loss to me, to Elmore County and to the state of Alabama. He was an outstanding farmer, as was his father before him … He was a gentleman of high moral values and great integrity. His word was his bond.” Those sentiments were echoed by the Wetumpka City Council in a proclamation that honored Storrs and his accomplishments. Then, on August 20, 1986, friends, family, and citizens of Elmore County gathered to cele­brate “Charles P. Storrs Day.”

One quote from the resolution drawn up by the Wetumpka City Council sums up what C. P. Storrs meant to them: “In the death of Charles Paddock Storrs, the Wetumpka community and state have lost a true ‘first citizen’ whose long and honorable record of service had a great impact on the lives of others.” He had been co-founder and Chairman of the Board of Directors of the Elmore County Historical Society; an organizer and past presi­dent of both the Elmore County Farm Bureau and Cattlemen’s Association; a former president of the Wetumpka Rotary Club; past chairman of the Board of Stewards of the Wetumpka Methodist Church; and a former mem­ber of the Elmore County Board of Education and the J.S. Tarwater Development Center’s Board. He was also a noted philanthropist whose gifts included the property for the Elmore County and Coosada Community Cen­ters and for Edgewood Academy.

He was survived by his wife, Katherine; a son, Charles Jr. of Washington, D.C.; and a daughter, Katherine S. Weed of Birmingham. To honor his service to his fellow man, we are proud to inscribe the name of Charles P. Storrs on the dedicatory plaque of the Extension Memorial Chapel. 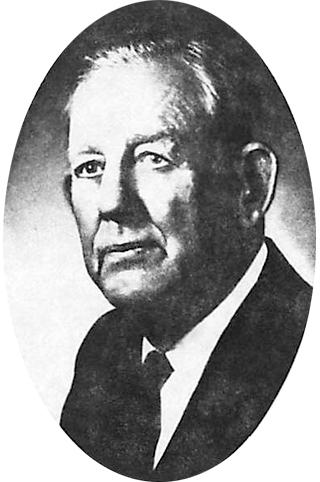