Charles Foreman graduated from the Hale County Training School as class valedictorian in 1937, earned a B.S. Degree in agriculture, graduating with honors in 1941, and the Master of Education degree in 1952, both from Tuskegee Institute.

After college, he was employed as a vocational agriculture teacher at Eleanor Roosevelt High School in Warm Springs, Georgia. In 1941, he was drafted and joined the U.S. Army, where he served for four years, being discharged in 1945.

On November 26, 1945, Charles accepted a position with Auburn University and the U.S. Department of Agriculture as County Extension Agent for Marengo County, located in Demopolis, Alabama. As a loyal, dedicated Extension agent, Charles organized many 4-H clubs in Marengo County, with his youth participating in numerous local, county, district, state, regional, and national events. He motivated 4-H youth to attend the annual Farmers Conference at Tuskegee Institute each year. Youth from Marengo County participated in 4-H camps, parades, talent shows, livestock shows, and other events at Auburn University and Tuskegee Institute.

In 1972, he was promoted to County Extension Chairman in Greene County. On August 31, 1976, Charles Foreman retired after serving 31 years with the Alabama Cooperative Extension Service. In July of 1978, he retired from the U. S. Army reserve, 287th Transportation Company, Livingston, Alabama, after 26 years of service.

He was a member of the Oak Grove Baptist Church where, throughout his adult life, he served as Sunday School teacher and Superintendent, chairman of the Trustee Board, and choir member.

Charles Foreman passed away on January 22, 2004, at the age of 87. He was survived by his wife Dorothy; sons Elijah and Charles, Jr.; and daughters, Doris and Andrea.

It is a fitting tribute to inscribe the name of Charles S. Foreman on the dedicatory plaque of the Extension Memorial Chapel. 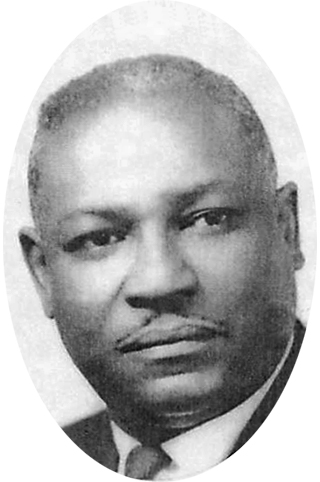