“One of my first efforts was that of organizing clubs,” Charles Sampson recalled of his first year of work (1918) in Sumter County as Emergency Demonstration Agent. “But people failed to attend. They thought it was a scheme or [that we were] registering them in the army.”

Mistrust — especially of “book learning” — was prevalent in those days. But to Mr. Sampson, it was merely a temporary inconvenience.

Before he retired from Civil Service on September 23, 1946, he had gained the respect and confidence of both black and white citizens of the county — and had led Extension programs that helped untold hundreds of Sumter families build richer fuller lives.

Charles Sampson was the son of a slave, born in Black Buff’s Beat of Sumter County, and attended school there, where Julia S. Tutwiler noted his ability and encouraged him to higher education.

In 1898, he was married to Leanna Wobbington. They had six children, Chesterfield and Booker, who are deceased, and Ida S. Gayle, Charles Jr., Otto Carol, and Minnie Johnson.

He was graduated from State Normal School in June 1896 with a high school diploma and began teaching that same year in Marengo and Sumter counties. His abilities, intellect, and leadership were such that he was chosen as a county agent even before he was trained for that job. He spent 15 consecutive summers at Tuskegee Institute, Nashville A&M, and Petersburg State College in Virginia to complete his formal education.

Two renowned figures in Tuskegee and Extension history, Dr. George Washington Carver and Thomas M. Campbell were frequent guests in his home during their visits to Sumter County. Mr. Sampson covered the county by walking, riding horses and mules, and riding the train. He frequently spent the night with families along the way. But he was more than a purveyor of information — he inspired many youths to get higher education and led farmers and families to better lives through his own teaching and by taking farmers, leaders, and youth to conferences at Tuskegee. He was so highly respected that he was frequently asked to take an active part in settling disputes between landlords and tenants by, as he said, “seeking the cause and helping the weaker side to explain his grievances.”

Mr. Sampson was a staunch believer in the Tuskegee Institute “Movable School.” He called it an “eye-opener for people in rural communities — both parents and children were taught by object lessons things that will go with them through life.”

The productive and dedicated life of this man thus yet lives through succeeding generations.

In tribute to this man and his life’s work, the name of Charles S. Sampson is inscribed on the dedicatory plaque of the Extension Memorial Chapel. 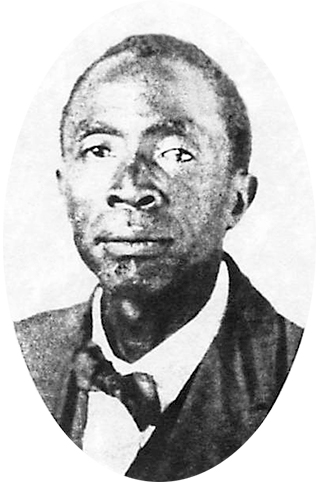