Spurgeon Keller was a gentleman, a scholar, a loving husband, and adored father, a patriotic American, and an avid fan of Auburn Uni­versity. He was born on a farm in Cullman County on December 15, 1893, the seventh child of Tom and Nancy Keller. He was a farm boy who had an insatiable desire to learn. Having an older brother who was making a successful career in education, Spurgeon decided early to follow in his brother’s footsteps.

After his primary and secondary schooling, he had planned to go on to Auburn for his college training. However, his plans were deferred while he was with the occupation forces in Germany and France during World War I. He returned to the States and to Auburn in 1919 for his post-secondary education, receiving his B.S. degree in 1922. He was a member of seven honorary societies, serving as an officer in most; the 1922 Senior Class President; and Editor of the Glomerata. For a period of seven years after college graduation, Spurgeon was a teacher of vocational agriculture and principal of the Pike Road High School near Mont­gomery.

His Alabama Extension career saw him as Assistant County Agent for 4-H youth in Dale, Henry, Marion, and Cullman counties. Although he was only with Extension for a brief seven years (1929 through 1936), the youth who had the honor of his experience continue to count their blessings that he came their way.

Mr. Keller made Abbeville, Alabama, his home for sixty years, and it was there he began his post-Exten­sion career as editor of The Abbeville Herald from 1936 until 1941. He was always known in Abbeville as a well-read and opinionated gentleman, a reputation which began with his editorials for this paper. His retirement was from the Council of Retail Merchants.

He strove for a progressive community and during his lifetime held many civic offices, one of which was state vice president for the Kiwanis. His religion was equally important and his belief in God was evident throughout his life. He was a life deacon for the First Baptist Church of Abbeville and a fifty-year Sunday School teacher.

No one who knew Charles Spurgeon Keller could doubt his love of family, God, community, or Auburn University. For his devotion to life, we salute Mr. Keller with a big “War Eagle” and the honor of inscrib­ing his name on the dedicatory plaque of the Extension Memorial Chapel. 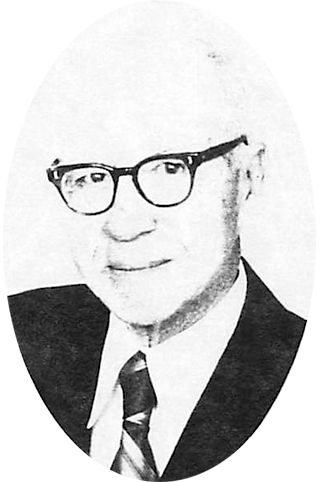