Mike Childers has been involved in 4-H since he was in high school where he graduated in 1966. As a 4-H’er, he showed cattle in local and regional shows where he always was a winner in one way or another. After Childers was married, he and his wife, Cheryl, managed a cattle ranch in Centre, Alabama, for 10 years. Then they moved to their present home near Hartselle.

The Childers have three sons. As soon as they were old enough, the children began 4-H and continued showing cattle through their high school years. After his sons graduated, Mike continued to be involved in 4-H. He donated money and time in coordinating and participating in the Morgan County Fair 4-H Steer and Lamb Show until it was discontinued in 2011.

Childers has_three grandsons and one granddaughter. They will continue the legacy when they reach 4-H age.

According to Ronald W. Britnell, county Extension coordinator, “Mike has always been a leader in his community, church, and farm organizations such as the Morgan County Farmer Federation. He is always quick to vote to sponsor any Extension program especially when it comes to supporting the youth of the county.”

Britnell enrolled Childers’ three sons in 4-H. “They were the glue that held the Morgan County livestock program in place for so many years,” he said. 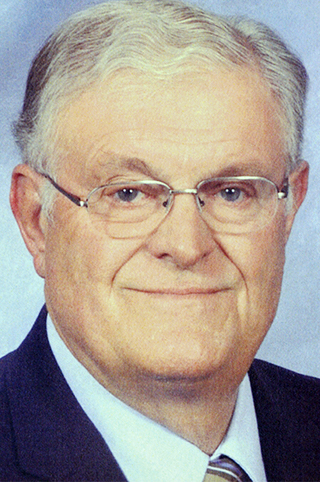