Boyd Christenberry grew up in a 1930s sharecropper family in rural Perry County, in the days of a 10-cent haircut, if you didn’t get one free at the hand of your parents. He graduated from Auburn in 1950 and quickly landed a job as an assistant county agent in Bibb County. He was called to the Extension headquarters where he was a radio editor and traveled the state gathering agricultural news for the daily radio show. In 1956, he joined what was then called Alabama Farm Bureau Insurance Company, now known as Alfa Insurance.

When he started at Alfa, the company had 89,000 policies and $3.6 million in annual premiums. He was a key figure in increasing company figures to more than 1 million policies and $370 million in premiums by the time he retired in 1993.

Christenberry is a long-time member of the Alabama 4-H Club Foundation, Inc., where he has spent countless hours ensuring youth have solid programs through his work to secure funding. He has also served on boards of Alfa, Colonial Bank, Samford University, YMCA and is a deacon, trustee, and member of the church foundation at First Baptist Church, Montgomery.

Following Christenberry’s retirement from Alfa, a former writer for The Associated Press approached him to use his successful life journey in a book as an example of how to achieve a balance of career, family, and church. In Achieving Balance: $uccessfully Making a Life and a Living, former Gov. Albert Brewer said, “By applying grit, ability, and determination, Boyd achieved professional success and economic security without compromising his faith and values which are reflected in his children, and admired by hundreds of friends and associates.”

Nominated by J. Paul Till 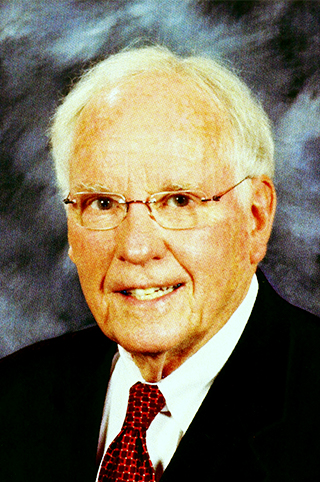