Cindy Lester was born in Dadeville on November 21, 1901. While still in her teens, she taught junior high school. It was in those early years that she grew to love working with young peo­ple. That would become her life’s work.

Upon finishing her studies at Jacksonville State Normal School, Cindy traveled to Auburn where she pursued her education in home economics. In 1928, she received her B.S. degree. Later, she earned her M.A. degree from Columbia University Teachers College in New York.

From 1928 to 1944 Cindy served as Home Demonstration Agent in the following counties: Cone­cuh, Hale, Autauga, and Baldwin. During her years of service, Cindy developed many outstand­ing 4-H clubs. She also was very active with the homemaker’s clubs. Her final assignment in Alabama was as District III Agent, headquartered in Auburn.

After sixteen years with Alabama Extension, Cindy resigned in order to extend her work beyond the United States. She joined the Point IV Program and was assigned to Matagalpa, Nicaragua. While there, her task was to establish Extension work in the communities. This challenge was met head-on with enthusiasm and zeal.

Wherever Cindy went, she took her love of life and people and her desire to provide a means for raising the standard of living among those she helped.

After her stay in Nicaragua, Miss Lester became ill and needed to work at a slower pace. She moved to Georgia and completed her career as a county agent, working again with young people. Her many accomplishments and resounding dedication are remembered by the people she helped and befriended.

It is fitting to honor such a lady by inscribing the name Cindy Lester on the dedicatory plaque of the Extension Memorial Chapel. 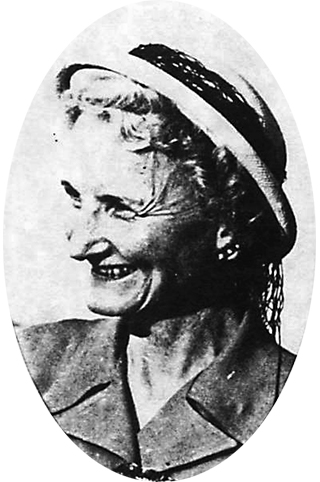